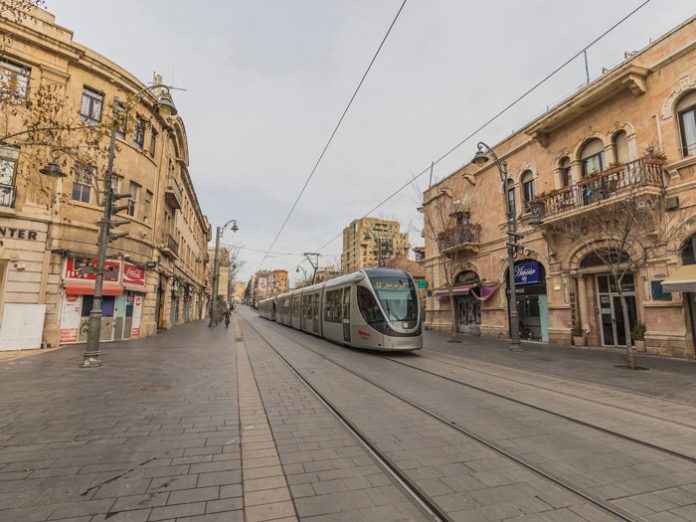 I saw him yesterday. It was the first time in several months. The last time I’d bumped into him, four months ago—by chance, outside the supermarket—I’d stumbled my way through a conversation of sorts.

He had inclined his head slightly, his face unreadable. “Baruch Hashem.”

“Good,” I said. “That’s very good.” I gestured toward the stroller, which was threatening to overturn with the weight of my shopping bags. “Uh, this is our latest.”

“Uh-huh.” He flicked his gaze briefly in the direction of the carriage and then looked back at me politely.

“Her name is Hadassah. After Ima.”

At that, a small light glimmered in his eyes and he gave the stroller another quick look.
Disturbed by the cessation of movement, Hadassah let out an indignant cry and I fumbled with the carriage, clumsy with nervousness. “Are you okay?”

His face resumed its calm blankness, and he looked over my shoulder at the cars rushing both ways up and down the street. “Baruch Hashem,” he said again. His tone was cool and formal.

He nodded courteously, as if I were a business acquaintance.

But when I saw him again yesterday, on a gray day that was sodden with drizzle, we didn’t have even those awkward few minutes of conversation. This time he utterly ignored me.

I was brisk-marching to work alongside the cars hissing by on the wet road, thinking about a particularly belligerent ninth-grade student, when I recognized his tight-shouldered walk. He was coming in my direction, sans umbrella, his arms swinging slightly, face turned as he gazed into a shop window, his narrow-brimmed black hat tilted back on his head. Inside my chest, I felt a sudden pounding.

As I watched, he let his gaze drift away from the shop window. When I saw his head stiffen and his arms retract tightly against his sides, I knew that he had seen me. He fixed his eyes on a patch of sidewalk to my left.

I prepared myself. “Hello, Abba,” I said.

He continued walking. I turned around and stared at the back of his neck, the rain spitting in my eyes.

Had he heard me? “Hello, Abba!” I said again, more loudly this time, my breath coming quick and shallow in small puffs. He continued walking.

Why are you doing this, Abba? Stop it! Please stop!

A couple separated as they approached me, swerving around me, their faces buried underneath their umbrellas. The traffic lights changed from red to yellow to green, and the cars leaped forward.

You can’t just ignore me, Abba. What did I ever do wrong?

I stood there motionless, staring after him, battered by love and despair, feeling fragments of abandonment—stiff from having been buried for so long—scrabble up inside me.

Got Milk? // Long Touted For Its Antimicrobial Properties, Scientists Are...