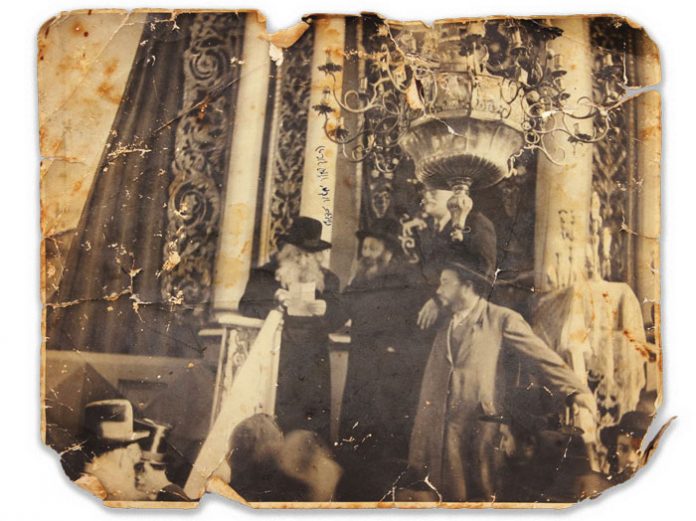 Rebbetzin Dvora Mattil Levin, née Alter, a”h, the wife of Rabbi Itche Meir Levin, z”l, was a well-known and highly respected daughter of the Imrei Emes of Ger, zt”l, who assisted in the revered tzaddik’s escape from Nazi-occupied Poland to Eretz Yisrael in 1940. We are very fortunate that she recorded her daring hatzalah efforts on her father’s behalf. What follows is her moving account.

I would like to recount the nes of the rescue of my esteemed father, the Gerrer Rebbe, zt”l. I was always very close to him, and I always knew that all of the troubles of the Jewish people were his to bear and fell on his shoulders. I have much to relate about the nes of his rescue, which ended up having important ramifications for all of klal Yisrael.

The nes took place on Erev Rosh Chodesh Nisan 5700 [1940]. When my father fell ill, I became even closer to him, particularly during the winter of 5700, the first year of the terrible calamity that befell the Jews of Poland. After my father fled the village of Gur to escape the Nazis and hid in many different locations around Warsaw, I was his connection to the outside world.

I also have much to tell about my father’s illness, which grew worse after a German bomb hit his shelter in besieged Warsaw. Throughout those difficult months—from the beginning of Tishrei until Rosh Chodesh Nisan, when we merited to leave the “valley of tears” through Hashem’s great kindness—I visited my father every single day, despite the necessary secrecy.

I played a great part in the preparations for his clandestine departure, and I would like to relate some of the unknown details so that future generations will know about the great nissim and wonders that surrounded my father’s rescue from the hands of the vicious animals.

I had always hoped that my dear and gifted son, Reb Leibel, z”l, who was a talented writer, would be the one to write the detailed story of my father’s life. However, because of the terrible tragedy of my son being taken from us, I would like to complete the wondrous picture of the nes of the rescue—particularly the part that is connected with the organization Hatzad Hapnimi, in which I particiated.

The Secret Hiding Place
How were the first strands of the story woven? My dear and unforgettable husband, Reb Itche Meir, z”l, was considered my esteemed father’s right-hand-man. No one can testify as I can how he truly served as his right hand when it came to many things that affected klal Yisrael. I still have a box filled with letters, written in my father’s holy handwriting, that were sent to my husband, who was one of the main leaders of Agudas Yisrael.

Among my husband’s many jobs, he devoted much time and effort to the Jewish community of Warsaw. He was the main speaker in the community, and he was the one who decided the leadership’s direction in running the largest Jewish community in the world.

When the cursed Nazis conquered Warsaw, their first actions were [intended] to instill fear in the leaders of the community. When the heads of the Gestapo entered the community’s headquarters, they had a list of all the members of the community council. On the spot they announced that every one of them was required to report to Gestapo headquarters because they would all be appointed members of the Judenrat.
My husband, who was known as a far-sighted statesman, immediately realized the coming danger, and after a quick consultation with others, he decided to go into hiding rather than reporting [to Gestapo headquarters].

When he went into hiding, only select family members knew his whereabouts. The rumor in the city was that he had fled the country, and that’s what the Gestapo was told as well. When they came to my house to interrogate me about his location, I told them that I didn’t know. I said that he had many friends around the world and that one of them had certainly arranged for a passport and transport out of the country.

One day a non-Jew walked into the house and started speaking to me in a badly accented Polish. He said, “Mrs. Levin, you have nothing to fear. I am here as a messenger of the vaad in America to save the Gerrer Rebbe!”

As he said this, he looked around to make sure no one was watching and then pulled out a cigarette. But instead of asking me for permission to smoke it in my house, he tore it in half and pulled out a small piece of paper that was rolled up inside.

“Mrs. Levin,” he said, “this is a secret message that I was sent to bring to your husband. I didn’t know your address so I went to the community headquarters, but they told me that your husband isn’t here. But they gave me your address so that I could speak with you instead.” 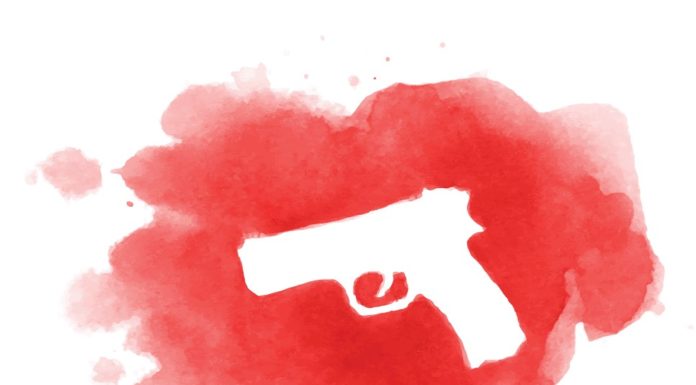 Armed and Evil // Yes, it’s people who kill… but often with guns

Clarity in the Blink of an Eye // He seemed like the perfect boy. What could go wrong?

You’re Hiring…Whom? // There are some things even more important ...