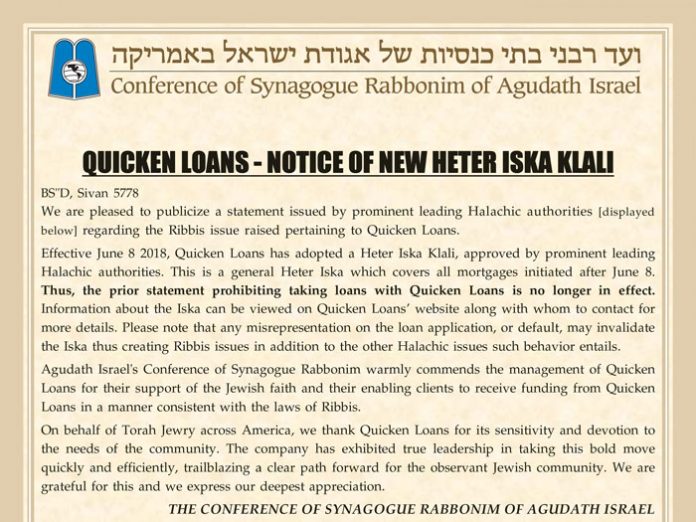 Quicken Loans is currently the largest overall retail lender in the US, as well as the biggest online retail mortgage lender. Known for its reasonable rates and simple loan process, it is used by thousands of Jewish families. The company closed more than $400 billion of mortgage volume across all 50 states from 2013 through 2017, more than any similar company.

Quicken Loans was founded in the 1980s by Dan Gilbert, a Jewish man who still controls a majority of the company, meaning that a heter iska is required when obtaining a loan from the company in order to avoid the prohibition of ribbis. After months of negotiations, a heter iska has now been arranged with Quicken Loans.

Rabbi Dovid Grossman, dayan and founder of the Bais HaVaad Halacha Center of Lakewood, told Ami Magazine that the issue had been known to rabbanim for several years, and activists had been in touch with the leadership of Quicken Loans to try to work out an acceptable solution.

In general, he explained, a publicly traded company doesn’t present a problem, even if it has Jewish shareholders. This is because each individual shareholder owns only a small share of the company. Rav Moshe Feinstein, zt”l, rules very clearly that if each Jewish shareholder has no actual ability to make binding decisions for the company, he is considered to have only an equity position, and is not considered a true owner.

Most companies usually have a “proxy process,” through which shareholders participate in the decision-making process by voting on the matters to be considered at the meeting. This process is referred to by Rav Moshe as “pitumei mili b’alma,” simply a means to make the shareholders feel important without giving them an actual say in the operations. Therefore, if one were to obtain a loan or buy stock in a public company such as Citibank, which is a large institution owned by minority shareholders (even though many of them are Jewish) who have no real sway when it comes to decisions, there wouldn’t be a problem of ribbis.

In the Citibank example, it is not known if any of the major players on the board of directors, who wield actual control over company decisions, are Jewish. Therefore, in cases where information about the religion of board members is unavailable, we may assume that the controllers of the company are non-Jewish, based on the halachic rule of following the majority. In fact, even if they have Jewish-sounding surnames, this is not to be considered proof that they are Jewish, as intermarriage is unfortunately rampant in America, and having a Jewish father is no indicator that the son is Jewish.

However, in cases where it is known that a Jew is in a position of control, even in a publicly-traded company, a prohibition against ribbis is thereby created. Since Quicken Loans is controlled by Dan Gilbert, there was definitely a problem in this instance. And while Mr. Gilbert holds a majority interest in the company, this problem would exist even if the head of the company owned only a large minority interest but was a major decision maker for the business. 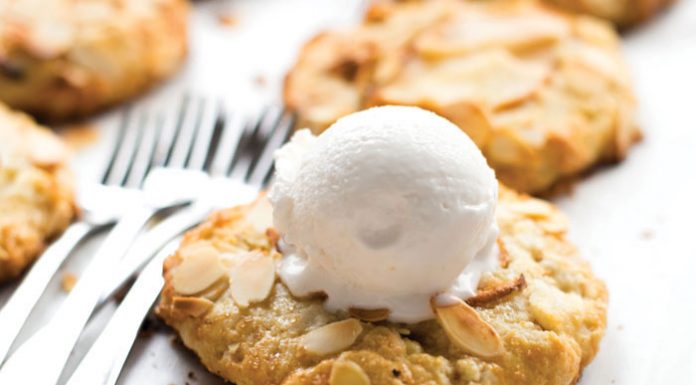