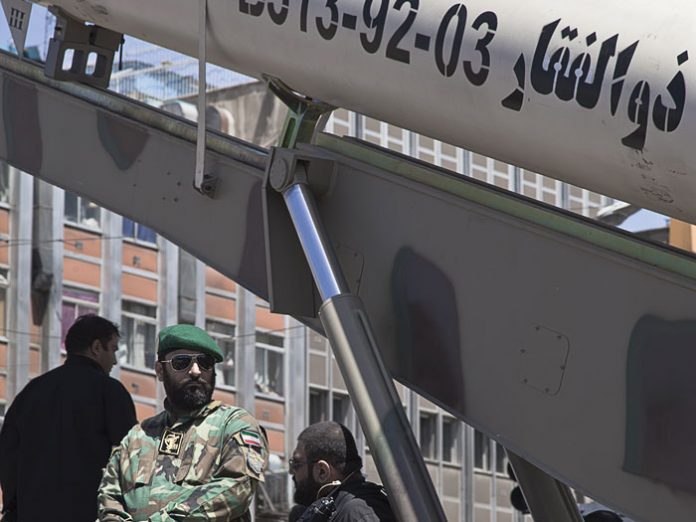 It was a gloomy, rainy night in the Sharabad industrial zone in southern Tehran. The pounding mechanical noises that emanated from the factories and workshops during the day were silent; no living souls would ordinarily be found amid the piles of industrial waste that lined the potholed streets. But in one of the forlorn cement courtyards of this blighted industrial area, a number of figures could be seen working steadily and silently on the locks of a massive steel door of one of the buildings.

The large warehouse was of concrete construction, covered with a simple tin roof. From the outside it looked deserted and neglected, but inside, behind the large green door, elaborate surveillance equipment had been installed. Inside the space, cameras and a security beam were trained on the entrance 24 hours a day. Anytime the door was touched, anytime it opened, anytime anyone entered the building, an alert was sent to a special unit of the Islamic Revolutionary Guard Corps (IRGC) security services. A special patrol car, disguised as a civilian automobile, circled the building every few hours to ensure that no unauthorized activity took place.

Inside the nondescript building stood a dozen formidable steel safes arranged in a long row. They resembled the giant safes used by banks and large institutions, with combinations that are known to very few individuals. Even the security officers posted to guard the building did not know what was in the vaults that had to be monitored so closely. Only five senior members of the Iranian regime were aware of what was hidden inside those huge safes. Every once in a while, a high-ranking, bespectacled man in civilian-looking clothes—some thought he might be a university professor—came to visit the “abandoned” warehouse. He was the only one who knew the codes to the safes, and during his visits he would enter the capacious vaults and inspect their contents, sometimes adding items, sometimes removing items.

Welded on top of the steel-gray safes were large hooks that could be used to lift and remove the safes on short notice, if necessary. The contents of these safes could not be permitted to fall into foreign hands at any cost, as they contained the most important secret of the Islamic Republic. To avoid any unnecessary danger of exposure or suspicion, they were kept in this out-of-the-way location. But if it should happen that someone’s suspicion was aroused, or if someone demanded to see the contents of the safes, a truck could be quickly sent to move the safes to another location.

But now, there was a mysterious figure in front of the door, closely examining the large complex lock. He was a professional and knew exactly what needed to be done. Within a minute, the door was open and the mysterious figure was inside the dark interior of the building. He was immediately followed by others.

That same night, shortly after midnight, some of the security equipment monitoring the warehouse suddenly stopped working. For a brief moment there was some concern among the security team in the command center. The officers kept close watch on their screens, but the images from the surveillance cameras continued to show no activity. The building they had been protecting for the past three years showed nothing out of the ordinary—everything appeared quiet. They were wrong. One of the most dramatic operations in the history of Israeli intelligence had begun.

Announcement
In a dramatic televised press conference broadcast all over the world, Prime Minister Benjamin Netanyahu shocked the international community by unveiling Project Amad, the Islamic Republic of Iran’s most closely guarded secret, which it had managed to conceal for nearly a decade. Netanyahu displayed more than 100,000 documents and a half-ton of computer files taken from the archives of Iran’s nuclear program. Although clearly put off, the Iranians officially downplayed the matter and tried to minimize the disclosure in their official announcements.

“They are very embarrassed,” said Israel’s Arab affairs commentator Zvi Yehezkeli. “The Israeli exposure of Project Amad and their nuclear archives shocked them. It was a heavy blow. It caused a real uproar and led to a wave of arrests in Iran. People will be held accountable for this breach.”

Israel’s Intelligence Minister Yisrael Katz said, “Very little was known about the existence of this archive in Iran. It was the most important secret they had, and Israel just came in and took it.” According to intelligence sources, more than 100 people were involved. The action proved again that when it comes to their security, Israel’s arm can reach almost anywhere.

The Mossad’s successful nighttime mission to Tehran was the result of a two-year operation. Intelligence officials in Israel and the West apparently knew of the existence of the secret archives but did not know where it was located. After all, this was the most closely guarded secret in Iran. It took Israeli intelligence time to discover that the archives for Project Amad were being kept in the ostensibly abandoned warehouse in Sharabad.
“There is no doubt that this is one of the biggest operations ever undertaken by Israel,” says intelligence journalist Yossi Melman, co-author of Shadow Wars, about the development of the Iranian nuclear program. “In my opinion, the Mossad has done the equivalent of someone penetrating Mossad headquarters and making off with their entire archive.”

Amos Yadlin, former head of military intelligence and head of the Institute for National Security Studies, said: “There isn’t a screenwriter who could imagine what happened here. This is the dream of every head of an intelligence organization. This is what we fantasize about…breaking into hidden vaults and absconding with the enemy’s greatest secrets.”
The world is wondering how Israel managed to accomplish this amazing feat of espionage. Most of the details were not published and probably never will be, but a number of Israeli intelligence experts are trying to explain some of the mystery involved. Unofficial information has been reported by a number of sources with ties to the Israeli intelligence community, and from those leads it is possible to try to piece together what really happened behind the scenes of this breathtaking operation to expose Project Amad. 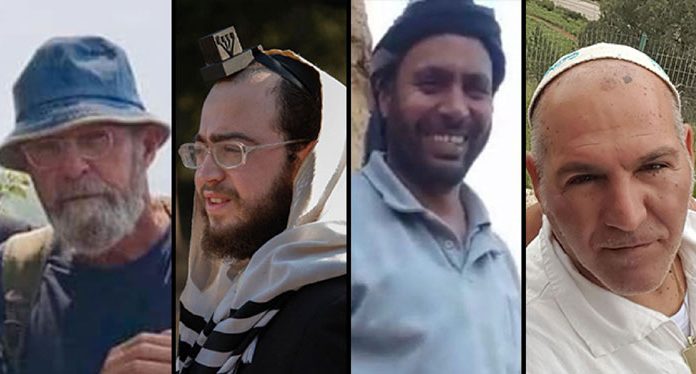