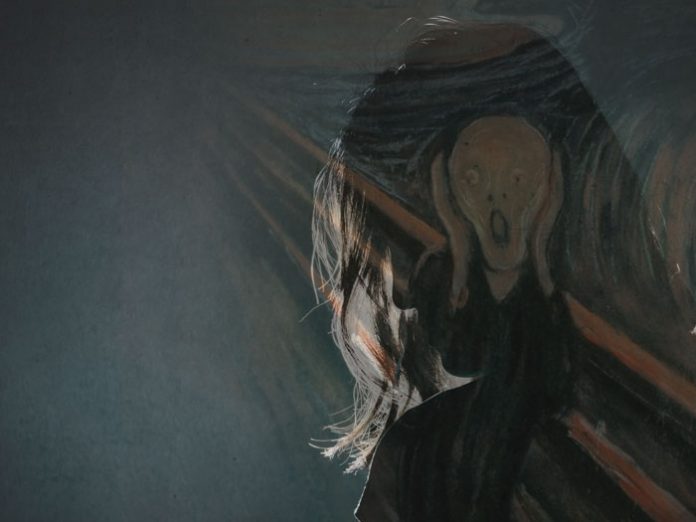 Mental illness baffles those who study it, those who suffer from it, and those who watch others suffer. Unlike any other type of illness, it takes hold of the brain silently, sometimes leaving the victim unaware that it has been captured.

Rivka Kaufman has been fighting demons her whole life. When she began having suicidal thoughts, she knew she needed help. After battling her depression and emerging victorious, Rivka went on to help others in need. She wrote a book called What’s Going On with My Mother to help children who have a parent suffering from depression.
In a candid talk, Rivka describes growing up with depression and eventually healing from it.

Q: In what way were you depressed as a child?
A: I had depressive tendencies, but it wasn’t anything that was obvious. On the outside I looked like I was happy, and there was no way anyone could have suspected what I was feeling. I remember having thoughts like “I want to die before my bas mitzvah so I won’t have to go to Gehinnom.”

Q: How old were you?
A: I was very young; about eight or nine years old. However, I’m a very good actress. Even if you were to see me on a day when I felt really down, there was no way you would be able to tell.

Q: Do you believe there something that triggered it?
A: I don’t think so. I don’t believe it was caused by environmental factors or anything like that—it’s just the way I was born.

Q: Was the depression as a child constant, or did it come and go?
A: It was up and down, and that’s why it wasn’t visible enough for others to notice. I was often perfectly fine, and I was always functioning like everyone else. I even had a lot of friends, but I never felt like I was really connecting with other people. I felt like there was a glass wall between me and everyone else. I could be sitting next to someone and talking to them, but I would feel like I was really thousands of miles away. However, these were all things that were only going on inside of me. As far as my classmates were concerned, I was a popular kid.

Q: What about your parents?
A: I’m a really good actress, and I hid my feelings very well. As far as my parents were concerned, I was fine. I hid my feelings because I was always afraid that people would discover that I was evil and think I was crazy.
There was only one time during my years in elementary school and one time in junior high when a principal asked me why I seemed so sad, but I just gave a random excuse and that was the end of it. I was so scared of people discovering the real me that I did my best to cover my tracks. I didn’t want anything about me to be different.

Q: It sounds like your depressive thoughts were very powerful.
A: I would have thoughts like “I’m such a worthless person; I hope I die before I turn bas mitzvah; no one loves me, and there’s no reason for them to love me,” which wasn’t at all true because my family and friends all loved me. It was all in my head.
I’m very much a people pleaser by nature; I’ll bend over backwards for others. Nowadays I’m a different person, but then I was very unassertive, and if anyone needed a favor, I was the one they would ask. However, because of my depressive tendencies, I was very angry inside at what I perceived as the hypocrisy of the world. I was very disillusioned. I became so upset at the superficiality I saw in the world that I decided to be a much better person than the rest of the society that I’m living in.
I grew frustrated with school, and I felt that I was wasting my time and not doing enough, so after tenth grade I went to Gateshead. Going there was one of the best things I ever did. Gateshead didn’t just have a list of dos and don’ts; they actually explained the hashkafos and we had to implement them in our lives on our own level. I really loved it.

Q: Did you have depressive thoughts while you were there?
A: I did, but I was always able to function 100 percent even with the depressive thoughts, going back to when I was a little kid. No one would have known anything—no one did know anything. It wasn’t something that hindered anything on the outside. It was an internal sadness that I felt.

Q: When did your experience turn into something more than just depressive thoughts?
A: After I got married and had my first child, the real “excitement” began. Right after she was born, I felt really weird. I sort of felt like I was watching life from somewhere else and I wasn’t really there. As much as I was present, I wasn’t really present. I felt like a robot going through the motions of doing everything I was doing. I also felt very guilty because I didn’t have an emotional connection with my baby.
And then I became delusional. I wasn’t psychotic, but I believed things that didn’t make any sense whatsoever. For example, I was sure that the child welfare people would take my daughter away, and because of that, if you had come to my house, you would’ve seen that everything looked perfect. Supper was made, the house was clean and the laundry was done, because I was living with the fear that if my house didn’t look perfect or my daughter had a runny nose, she would be taken from me. 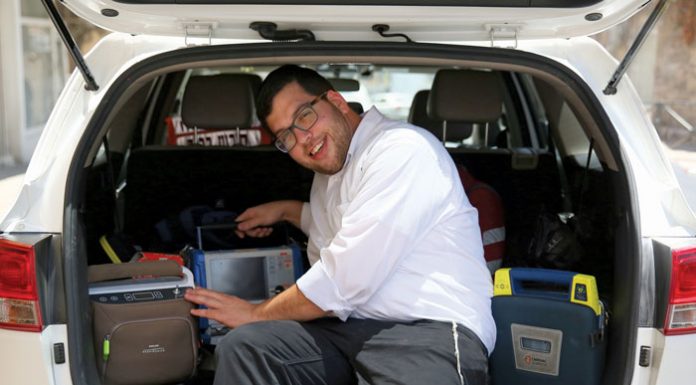 In the Benevolent Ways of His Ancestors // Moti Glustein, a descendant of Rav Beinush Finkel, has an important message for the community

What Honorable People Do // Bringing the truth to the forefront, wherever it may be hiding