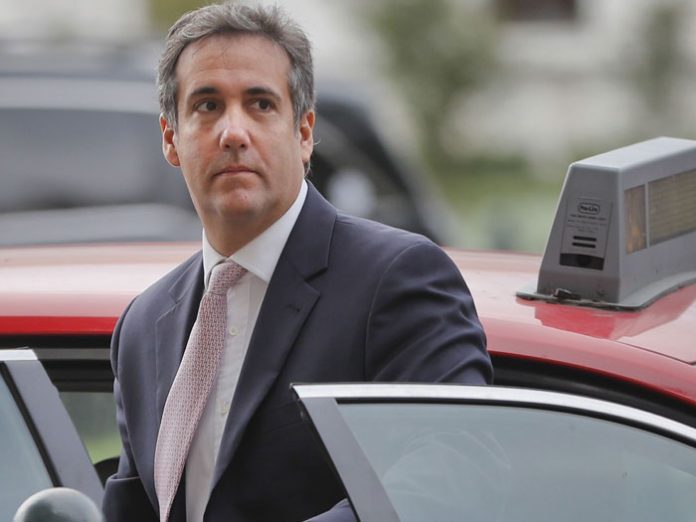 My wife was laughing. “CNN does not understand why the Justice Department wanted Cohen’s taxi medallions…you wrote about that a year ago.” I smiled, but my wife turned serious. “It wasn’t just that. You have been years ahead of the rest of the press on the Michael Cohen connection to President Trump.”

Maybe it was because I was once a federal prosecutor and I know a little about criminal behavior by criminal defense attorneys. Guys like Cohen are so predictable. As soon as I saw the phrase “taxi medallions” I guessed (correctly as we now know) that attorney Cohen had a connection to Russian espionage.

Back in the day, French intelligence put hidden tape recorders under the seats on the Concorde. Wealthy American businessmen flying to Paris would often discuss corporate secrets with each other in the seemingly private space of the Concorde’s luxurious cabin. The tape recordings gave their French counterparts a sneaky little advantage in trade negotiations.

The Russians did the same thing by bugging the taxis in Moscow. The cab drivers did not have to understand every language in the world in order to eavesdrop. The KGB-trained taxi dispatcher knew which hotels, homes and addresses were used by businessmen, diplomats and journalists visiting Russia. He just signaled the driver to tap his foot on the floor button to start the recorder to be translated later.

It is amazing the things that people will discuss in a taxi cab. MI5 has been bugging their London cabs for years, as well, but not to the extent that the KGB bugs entire taxi fleets in Moscow. But who owns the taxi fleets and what is their connection to Michael Cohen?
First, ownership. My American Jewish friends know that Russian Jews are often the victims of severe discrimination. Putin is supposed to have joked that organized crime is the only industry that does not discriminate against Jews, because all the Russian Mafia cares about is how much money you can make for them.

So how did a nice Jewish boy from America like Simon Garber end up running an entire fleet of taxis in Moscow? Gee, I wonder if maybe Simon had some mob connections in Moscow, or maybe he helped the KGB out a little with their electronic eavesdropping. Simon went on to run taxi fleets in New York and Chicago as well. He certainly had connections. His taxi partner was attorney Michael Cohen.

Long before Cohen ever met Donald Trump, he was a millionaire. Not bad for a kid who almost flunked out of law school. Cohen used to joke: “You know what they call someone with a 2.0 average at law school? Counselor!” Like most bottom feeders, Cohen became an ambulance chaser until he found something better with the help of his in-laws.

Both Michael Cohen and his brother Bryan married Ukrainian women from families with interesting business connections. They manufactured alcohol, invested in American real estate, and yes, New York taxi medallions. Michael managed his father-in-law’s taxi medallions and acquired some 200 medallions of his own. At one point taxi medallions were worth $1.25 million each.

Brother Bryan’s father-in-law, Mr. Oronov, was another American who by some miracle obtained a rare Russian business permit, apparently from young Vladimir Putin, who worked in the foreign investors department of the mayor’s office in St. Petersburg.
Oronov obtained exclusive rights to photograph, reprint and sell copies of rare art from the Hermitage Museum and other Russian treasures. Unlike most Jews in Russia, Oronov got government permission to open an international art trading business with galleries in New York and St. Petersburg. What a lucky guy!

Now I am not saying that Mr. Oronov did any favors for the KGB, but when the Russians wanted to float a Ukrainian peace deal to President Trump, they asked Oronov to make the request of Michael Cohen to drop the papers off at the White House, which he did.
Now maybe all of Cohen’s in-laws are squeaky clean, and I am just an overly suspicious former prosecutor who sees criminals everywhere. If so, I apologize profusely.
But when purveyors of taxi medallions, condo deed swaps and art trading all show up at one family reunion, I immediately suspect that the real business of the extended Cohen family is international money laundering for organized crime. I suspect that one of Cohen’s Ukrainian in-laws made the introduction to the Russian Mafia and the rest is history. Money laundering is how Michael Cohen with his 2.0 average became a multi-millionaire. Crime does pay—it pays attorneys.

Counselor/Consigliere
The free Ukrainian press is adamant that Michael Cohen is the Russian version of a consigliere and they have the evidence to prove it:
“Michael D. Cohen, President Donald Trump’s personal attorney, has been working for The Trump Organization since 2007 and is a member of the Trump World Tower condominium board and the Trump Park Avenue condominium board. He was involved in the recent attempt to implement the so-called peaceful Russian-Ukrainian plan developed by Felix Sater and Andrey Artemenko, which received extensive coverage in the world press. He has also been a confidant of organized Russian criminals since at least 1999 and has been laundering money for Russian citizens having, or suspected to have, connections with the Russian Mafia.” This came from court materials from 2006-2011, which are kept in the US court archives.

By the Rivers Of Babylon // Lipa Schmeltzer and Ami’s...