How would you begin a film about the life of the Klausenberger Rebbe, zt”l, who lost his wife and 11 children in the Holocaust yet went on to rebuild the dynasty of Sanz chasidus after it was almost totally destroyed? Israeli filmmaker Eyal Datz chose to tell this story subtly by implication. In a colorful and humorous opening segment, we are taken behind the scenes during preparations for the huge wedding of the Rebbe’s great-granddaughter in Netanya. The supervisor is checking the food supplies. “How many rugelach?” “1,600 kilo [3,500 pounds],” he is told. “Challah rolls?” “6,500.” “Mezonos?” “10,000 pieces.” “Cholent?” he inquires, lifting the lid of a steaming vat. “Three tons,” the man replies. “I hope it will be enough,” the supervisor says wistfully.

Ami recently spoke with Eyal Datz and asked him about the myriad choices he made in conveying the peripatetic journey of the Rebbe from churban to revival. This particular scene bespeaks the enormity of the success of the rebirth of the Sanz court. It is not for naught that the Klausenberger Rebbe is also known as the Shefa Chaim (literally “Abundance of Life”) after the title of his books.

Eyal, a 35-year-old secular Jew who exemplifies the archetype of the cosmopolitan, sophisticated Israeli, grew up in the metropolitan Tel Aviv area and still lives there. One of his grandmothers was observant, and the other was a Holocaust survivor. After going through the Israeli public school system and a stint in the army, he eventually became the assistant editor of a publication called Time Out. “I’m not that familiar with Ami, but I’m sure that Time Out is its antithesis,” he said with a chuckle.

In the accompanying interview, he shares the back story to “Astir Panai” (“I Will Hide My Face,” a direct quote from Devarim 31:18), a film about chareidim in general and how they relate to the Holocaust and the Klausenberger Rebbe in particular.

The documentary revolves around two main storylines: a biographical sketch of Rabbi Yekusiel Yehudah Halberstam, zt”l, and the resurgence of Sanz chasidus, as symbolized by the wedding in Netanya. Snippets of the choir in rehearsal, the massive food preparation, setting up the tables and bleachers, along with the chuppah and mitzvah tantz, are threaded through the narrative. The two strands are skillfully woven together and punctuated by episodes taken from the Rebbe’s life, many related by actual observers who were with him in the concentration, labor and displaced persons camps.

If you are expecting a detailed account of the Rebbe’s philosophy you will be disappointed. But you will be treated to sketches beginning with his birth in 1905 in Galicia to his two decades as Rebbe in Klausenburg (Cluj), Romania; deportation in 1944 to Auschwitz; conscription into a slave labor unit assigned to cleaning up the Warsaw Ghetto debris; transfer to sub-camps in Dachau, Germany, from where he was liberated; and the rebuilding of the she’eiris hapleitah in the Feldafing and Föhrenwald DP camps. You will also learn how he rebuilt his life and those of thousands of other survivors, ultimately going to Eretz Yisrael via America and founding Kiryat Sanz and its multitude of yeshivos, girls’ schools, Laniado Hospital, children’s homes and a dozen more institutions. He was niftar in Netanya in Tamuz 5754 (1994), leaving two sons and five daughters from his second marriage to Rebbetzin Chaya Nechama (née Ungar), who was also a survivor.

The film, aimed mainly but not exclusively at non-observant audiences, was shown for the first time on Israeli TV on April 11, the eve of Yom HaShoah (Holocaust Remembrance Day). It was so successful that it was broadcast several times the following day by popular demand. Between the TV screenings and YouTube, over 200,000 people have already viewed it.

Surprising Discoveries
Datz’s team included researchers who scoured the existing archives in Israel and elsewhere. Among their finds were three previously unknown items. One is a photo of the Rebbe speaking in Feldafing in the fall of 1945, draped in a tallis against a backdrop of a Jewish Communist holding several banners behind him. The Rebbe was addressing a group of American military officers. Another rare find was a document listing him as a camp inmate under the profession of “plumber” in order not to reveal his true status, which might have been a death sentence. A third document lists his eldest son Lipa, who died of typhus shortly after liberation.

In the very first week after the film’s debut, several people contacted Eyal because they’d identified relatives in some of the photos. For example, the wife of the Young Israel rabbi in Netanya recognized her uncle, who was an American Army officer, presenting survivors in the Landsberg DP camp with the arbaah minim in 1945. She hadn’t known about this event or that it was recorded for posterity.

Even people who didn’t see the film have been affected by it. When Mrs. Sarah (Surku) Frankfurter, the mother of Ami’s editor in chief, Rabbi Yitzchok Frankfurter, heard about the film, it jogged her memory to the extent that she related her own stories about the Klausenberger Rebbe to her family. After liberation, Mrs. Frankfurter spent a month in Feldafing, where the Rebbe told the orphaned girls that he would act as both their mother and father. “He would bentch us on Erev Shabbos,” she recalled. She later lived near his community in Williamsburg, and told Ami how he used to hold weddings in his house on Friday afternoons and make sheva brachos for the new couples on Friday night. This was done out of austerity; he himself was remarried on a Friday afternoon so that the subsequent seudah could do double-duty.

All of these hidden fragments of history have come to light thanks to the buzz from the film, Astir Panai. 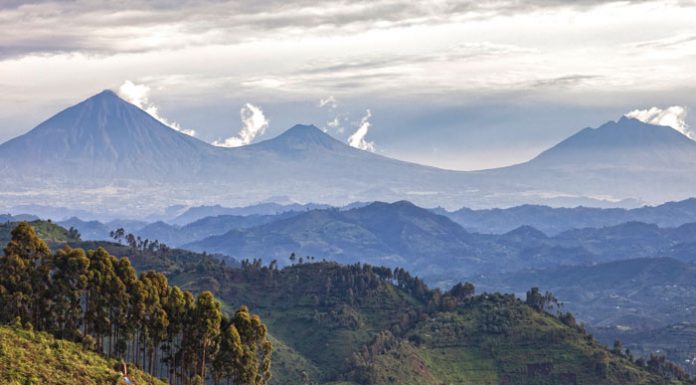