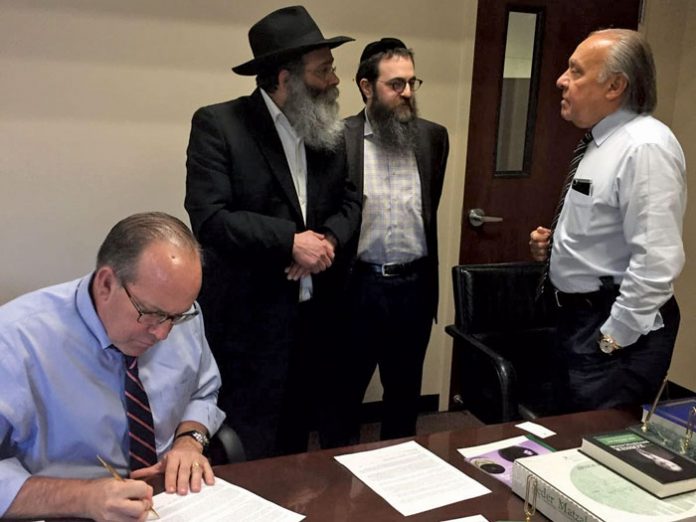 Manhattan Beer Distributors (MBD) is a Metro New York-based beverage company that is the largest single-market beer distributor in the country.

The firm was founded in 1979 in the Bronx, New York, by Simon Bergson, who is still its president and CEO. Over the decades, Bergson has obtained the rights to distribute some of the most popular beer brands in New York State, and Manhattan Beer Distributors now distributes over 28 million cases of beverages per year in the five boroughs of New York City, its suburbs, and 16 other counties. Amongst the dozens of brand names they distribute are Miller, Coors, Heineken and Amstel.

Simon Bergson, the company’s primary owner, is a Jew, which has led to serious concerns of chametz she’avar alav haPesach for any store that purchases its beer from Manhattan Beer Distributors. This problem has been known to kashrus agencies for years, and has grown as the company has grown. This year, it was determined that Manhattan now has a majority of the distribution for the brands they deal with, and wherever these are purchased one would have to assume they came from MBD and were therefore owned by a Jewish-owned company over Pesach.

Many kashrus agencies approached Mr. Bergson over the years and offered to sell his chametz for him; however, he always staunchly opposed the idea. He was averse to “selling” his company in any way, and was not comfortable with the entire concept of giving over ownership of the business he had built up, even after it was explained to him that there was no risk of him losing anything. It was determined that there was no way to convince Mr. Bergson to sell his chametz, and the agencies agreed that a letter would need to be written and sent out before Pesach, informing consumers that these brands would be prohibited in most stores for a number of weeks after Yom Tov and people should stock up before Pesach.

However, due to the perseverance and resourcefulness of one mashgiach for OK Kosher (Organized Kashrus Laboratories), Mr. Bergson finally was persuaded to sell his chametz at the last minute. Rabbi Kalman Weinfeld, the OK’s Rabbinic Coordinator for Food Services, would not be deterred until the shtar mechirah was signed, and he was kind enough to share the story with Ami Magazine.

It should be noted that some kashrus agencies, including Hisachdus Harabanim (the CRC) and the Star-K, have expressed disagreement with the OK’s mechirah and are still advising consumers not to purchase these brands of beer for several weeks, until the stock that was owned by MBD over Pesach is depleted. As always, one should speak to one’s own rav for guidance. In any case, the story behind this chametz sale is extremely fascinating and inspiring.

On Shabbos Hagadol, Rabbi Don Yoel Levy, president of the OK, mentioned the problem in his drashah in his shul in Crown Heights and stated that the plan was for all the kashrus organizations to issue a letter on the following Monday informing the public of the upcoming problem. He mentioned that this would be a huge issue for restaurants, hotels, catering halls and other food establishments, which would need to buy a large stock of beer before Yom Tov and find some way to store it.

Rabbi Weinfeld serves as the gabbai in Rabbi Levy’s shul and, after hearing the drashah, decided to try to do something to solve the problem.

He relates: “I have a friend named Reb Nosson Sternberg, who is a Lubavitcher chasid in Crown Heights and a successful businessman. He is also a great-grandson of the Kapitchnitzer Rebbe, zt”l, and a big yerei Shamayim. He was sitting next to me during Rabbi Levy’s drashah and he told me, ‘I know somebody who used to work for Manhattan Beer years ago. Maybe I could talk to him.’ I told him to try to put me in contact with Mr. Bergson and I would do anything and everything to try to convince him to make a mechirah.”

Reb Nosson called his friend in the morning. His friend told him that there was no hope. He said that he knew that many rabbis had approached Mr. Bergson over the years and no one had ever been able to come close to persuading him to sell his chametz or even to get far enough to explain how the mechirah would work. He refused to hear anything on this topic, which he thought was a risk to his company. 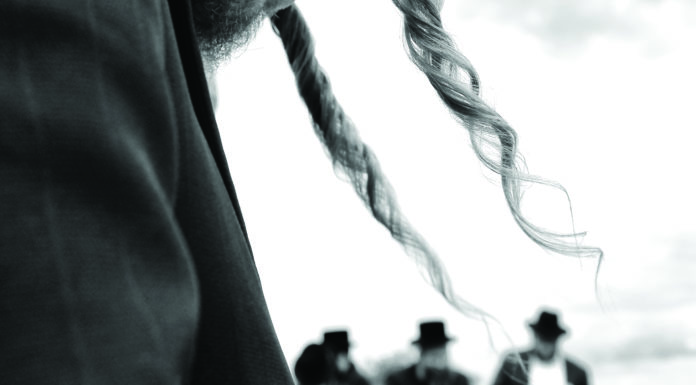