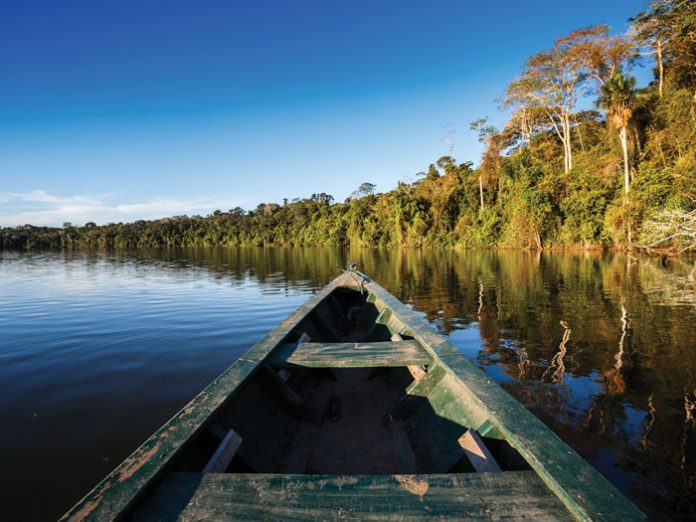 I am standing this morning on the banks of a quiet river. All around me I hear the twittering of birds, the cries of parrots and the howling of the monkeys that inhabit the treetops of the forest that surrounds me. The animals wake up early and fill the humid air with a cacophony of disparate sounds, which overwhelm the soft murmur of the current and the gentle lapping of the waves against the shore. Every once in a while there is movement on the water’s surface as a school of piranhas swim by, their silvery backs twinkling in the rising sun, or pink dolphins leap from the water, frolicking in the new day, before diving back into their watery realm. I am a visitor in a world that belongs to them: the animals, the forest, the river.

I am invisible, standing at the edge of a great sea, which for some reason is called a river, yet I see nothing but water clear to the horizon. I am in the heart of the Amazon, on a small island. I have spent the night in a hammock next to a small wooden hut on stilts. There is no one here but me, my Argentine travel companion Oscar, and Alfonso, our guide. Alfonso knows the forest paths well, and after a long day’s journey he brought us here from the city of Manaus.

Our phones stopped working long ago, and the GPS has no signal. We are cut off from all outside communication, and I have no idea where I am exactly. But I do know that I am somewhere in the inconceivably immense expanse of the Amazon jungle, an area that comprises almost one-third of the South American continent—an area of over two million square miles, with billions of trees, animals and insects, and almost no signs of human activity.

We have traveled very far from Belém, a busy, polluted, noisy city, and the solitude here is peaceful. I feel safe. And yet there is some anxiety when one is so far from civilization, from the familiar. What if we suddenly need help, if someone is wounded or bitten by a snake? There is no way to call for help. None.

Last night, on the small, uncomfortable riverboat that took us up the Amazon to this place, the captain grinned when I asked if there was a way to call home to let my family know I had arrived safely on dry land. “First of all,” he replied sarcastically, “the only way to communicate is with carrier pigeons. The problem is, there are no pigeons in the jungle. We have parrots, but they are not cooperative. And besides, my friend, you have no idea where you are, so there is nothing to tell. You are in the Amazon. That’s all you need to know, nothing else.”

It turns out that yesterday’s voyage was just the beginning of our trek. We have barely commenced our journey into the depths of the jungle. Today, I am informed, we are going to set out in earnest.

The truth is that this untouched rainforest is so remote, so pristine, that even Alfonso is afraid of getting lost. We await an indigenous guide who knows the secrets of the jungle; he will lead us into the dark heart of the Amazon.

After an hour, we hear the sound of a small motorboat coming from the direction of the horizon. As it rapidly approaches and grows larger, I make out the image of a dark figure skillfully steering his way toward us. When he’s just offshore, he tosses an anchor over the side.

He is young and slim, his skin is a dark bronze, but his face lights up with a big smile as he greets us. He is barefoot, and his long black hair is gathered and tied back with a ribbon. He has a tattoo in the center of his forehead and a string of beads around his neck. I would say he looks like a cliché from an old travel magazine, but the fashionable T-shirt covering his muscular frame places him in the 21st century. “Bom dia,” he says. It means “good morning” in Portuguese. “Eu sou Daudo, I am Daudo.”

He doesn’t speak Portuguese very well. He speaks a mixture of Portuguese and his native tribal language. He tells us he is going to guide us through the jungle’s interior for the next two days and will be responsible for bringing us safely back to this little island. We load food and water onto the little boat, which is similar to a canoe. We have cans of fuel and plastic sheets to protect us from tropical downpours. When everything is ready, we set off on the water, skimming between the fish and the dolphins, and sail up a branch of the Amazon River into the heart of the Amazon rainforest. 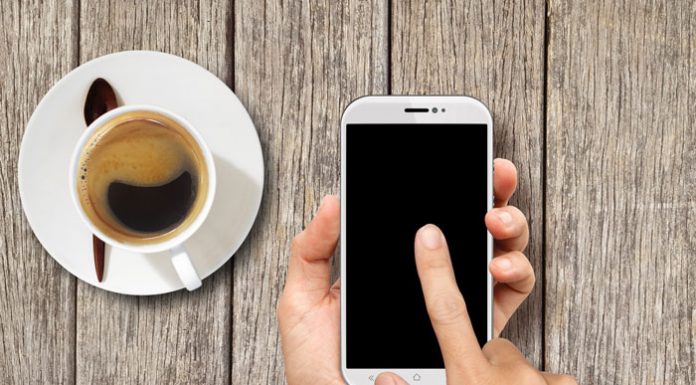 When Psychiatric Illness Isn’t // A woman was diagnosed with depression, but the diagnosis was wrong.

Living for Others // Rav Shmuel Kamenetsky, Rosh Yeshivah of...

All the good things we got // No matter where he...