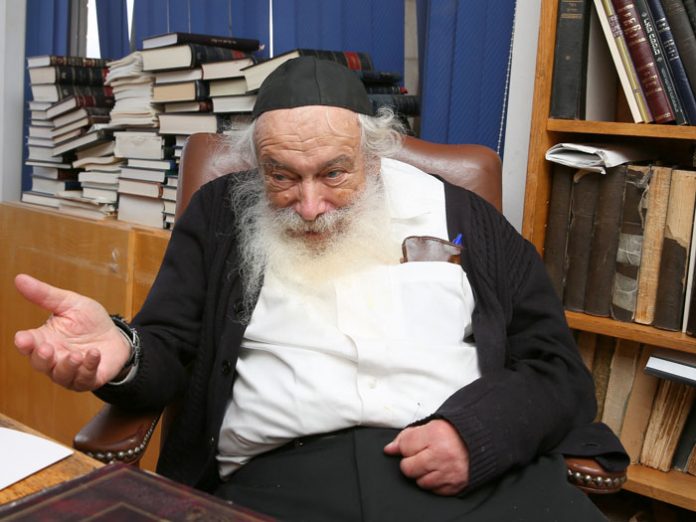 “Aim for the moon,” goes the popular saying, “because even if you miss you’ll land among the stars.” Occasionally, though, one attains even more than he might have imagined.

“We’re all set for Rosh Chodesh,” read the enthusiastic text. “The amud is yours.” I’m not one who usually has a need for an amud. But the Rosh Chodesh my friend Etai Stern was referring to was Rosh Chodesh Shvat, which happens to be my father, zt”l’s, yahrtzeit. So it was nice to know that my obligations to have the amud for Minchah at Rav Nebenzahl’s kollel had been resolved. Still, I had no inkling of what awaited me. Little did I know that I would be walking on air, soaring through the atmosphere with my elevated hosts.

Like the hundreds of thousands of people who pass through on their way to the Kosel, I must have seen the kollel countless times and failed to take notice of it. Which is not to say that it’s inconspicuous; in fact, it has an imposing presence right off the Kosel Plaza facing the southern tip of the Temple Mount, or the makom of the Kodesh hakodashim.

We often take for granted that certain places are holier than others. But that idea isn’t as simple as it seems. “Then [Hashem] said, ‘Do not come closer; remove your sandals from your feet, for the place on which you are standing is holy ground.” Moshe Rabbeinu needed Hashem to inform him that a physical location could be endowed with holiness. That a human being could be holy, however, needs no such edification. In fact, it usually takes humans to imbue physical things with holiness.

“When Yeshivat Porat Yosef was built,” my gracious host, Rav Chizkiyahu Nebenzahl tells me, “they came to my father [Rav Avigdor Nebenzahl] and said, ‘Up until now you were able to see the Kosel and the makom haMikdash. Now that they’re building, your view will be blocked.’ My father replied, ‘I’m happy to see construction rather than gazing at the churban. I’m pleased to see the holy edifice that is being erected here.’ Today my father is zocheh that his kollel is located in the building that blocked his view.”
The building didn’t obstruct his vision, it enhanced it.

Part I: With Rav Chizkiyahu
Rav Chizkiyahu is the youngest child of the revered gaon and tzaddik Rav Avigdor Nebenzahl, shlita. Rav Chizkiyah, as he is affectionately called, is his father’s protégé and serves as his assistant, both as rav of the Old City and head of the kollel his father founded. Rav Chizkiyah good-naturedly introduces me to several yungeleit as he shows me around this impressive building. There is a festive air in the various batei midrash in anticipation of a siyum haShas about to be celebrated by Rav Chizkiyah and Rav Avigdor.
I share with Rav Chizkiyah that when I was once privileged to speak with Rav Dovid Feinstein about his father, Rav Moshe, zt”l, Rav Dovid asked me what I planned on writing. I told him that I would write about his gadlus and so on, but he said that I shouldn’t mention how many times his father had finished Shas because it wouldn’t do anything for anyone. First of all, he explained, the number is usually exaggerated. But even more importantly, what benefit would there be for a simple person to hear something like that? He advised me to write that he was a mentch and to talk about the amount of time he devoted to others. Those were things that everyone could relate to and would be mechazeik readers. “Today, however,” I tell Rav Chizkiyah half-jokingly, “I’ll be participating in a siyum, so I’m going to have to write about it.”

“There won’t be any exaggerations about my father,” he tells me with a big smile. “My father has finished Shas twice a year ever since his chasunah.”

“But today you’ll be making a siyum as well,” I say.
“My father has gone through Shas over 100 times with havanah and lomdus,” he tells me, deflecting the attention away from himself. “My father is never meisi’ach daas from Torah. At his bar mitzvah they took out a Tanach, and each person started a pasuk and my father finished it. By the age of 24 he was baki in Bavli, Yerushalmi and the Zohar, and could repeat them all by heart. His learning also incorporates mussar and his shmuessen are heard and studied by tens of thousands of people worldwide. He is also the author of sefarim on machshavah and halachah and on the Yomim Tovim.”

“Is everything in print?” I ask.

“Some of it is, but it would probably take 100 years to publish everything. They once tried to print my father’s shmuessen on chizzuk l’Torah. The printer printed and printed and it didn’t stop. And that’s just one topic.”
“Are they all handwritten?”

“They’re all digitized, as are his sugyos in halachah. We once worked on a sefer of halachos of Bein Hameitzarim. When we finished, I found a notebook he’d written on Hilchos Semachos. When I asked him what it was, he said it was a pity that we hadn’t included it in the book. When I asked him when he learns those halachos, he told me that he studies them on the afternoon of Tishah B’Av. He starts saying kinos in shul and then goes into his room and continues saying them tearfully until five in the afternoon. Only then does he learn Hilchos Semachos, and that’s where the chiddushim are from.”

When we enter Rav Avigdor’s apartment in the building abutting the kollel, Rav Chizkiyah introduces me to his rebbetzin. “My wife is the real rosh kollel,” he says. “I’m just her assistant.”

“Rav Chizkiyah is a gaon, anav and a tzaddik,” a yungerman chimes in. “But he doesn’t know anything about fundraising. In that sense, the rebbetzin is the real rosh kollel; every dollar that comes in comes through her. The rav gave up on the kollel because it was just too much. That’s when the rebbetzin got involved.”

The rebbetzin tells me that she would appreciate it if she had the opportunity to speak with me later. I respond that I would consider it an honor. 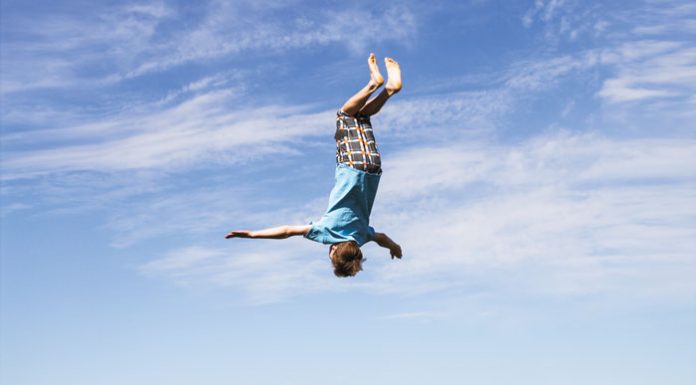 Patient, Heal Thyself // Is it time to skip the scrip?