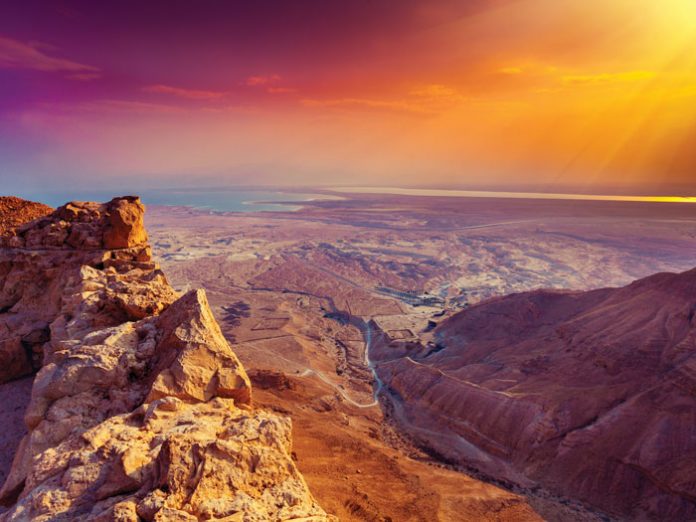 ‘‘Who wants to climb Masada?” The tone was rhetorical but I stared at the looming mountain and thought, well this is easy stuff. It didn’t matter that I was an 18-year-old yeshivah bachur who never climbed anything other than a ladder and even that, only on very special occasions. It didn’t matter that the sun was burning on my neck and my white shirt was already splotched with sweat. I could do this. Anyone could do this.

A small group of us started up the mountain but it didn’t take very long to see it wasn’t going well. We had only just begun and I was already panting for breath. After several minutes, we brave men hung our heads, flaming red from heat and shame, and joined the rest of the Birthright fellows in the cable cars.

I didn’t think much of the failed attempt at climbing Masada. I noted the steep incline as our cable car glided up to the mountain peak and I knew that even after trekking through the Jerusalem streets for four days, covering the various hills and valleys like a pro, climbing Masada was out of my league.

The way down Masada was tougher than I expected. By the time we reached the bottom, I was exhausted. I wanted a nice cool shower and a bed, but that wasn’t in the plans for our crew. We spent the night camping out in tents. I didn’t sleep much. None of us did. It was buggy and muddy and the hard floor dug into my bones.

I must have fallen asleep close to dawn. I woke up with a pounding headache between my eyes, a mosquito bite on my nose and my friend Shimmy’s smelly socks balled up at my shoulder. Shimmy and I had both slept in, and we missed the bus to camel riding by five minutes. It was this combination that left me in a rotten mood. Shimmy wasn’t doing too well, either. He had a triangle of bites on his forehead and a headache, he said, that felt like a bunch of little soldiers marching along the base of his skull.

By the time our group returned to our campsite, Shimmy and I were up and raring to go. Our next destination was the Ein Avdat national park, an insanely beautiful canyon in the Negev with an enormous amount of steps. “If we had to miss one trip today, why wasn’t it this?” Shimmy complained, shielding the sun from his eyes as he took in the sight of the stone staircase that ascended to the heavens. We began our journey upward, our morning grouches accompanying us, bumping up one step at a time.

“I’m so hot. And sweaty. And tired. And there are so many steps here.” Shimmy ran his sleeve across his red, glistening face.

“I would not know,” I said, “that you are hot and sweaty and tired and that there are so many steps here… so… thanks… for… telling…me…” My voice faded out. I was panting so hard, I could hardly speak.

At this point, Shimmy and I were lagging far behind the others.

“Hey! Sefi and Shimmy! You guys okay?” It was one of our madrichim, coming back to check on us.

“We are hot,” Shimmy said, “and sweaty and tired and we both have smashing headaches. You know? I never even knew it was possible to have so many steps in a row. I thought it wouldn’t work because of physics or something.”

The madrich laughed. “You look mighty fine, Shimmy my friend. Sefi on the other hand…”
It was weird; their conversation was sort of swirling around me. I was focusing on putting one foot in front of the next, up, up, up. My breath was so loud, it could have been the wind.

Former Trump Campaign Manager Corey Lewandowski // shares with Ami his feelings about his performance at last week’s hearing before the House...