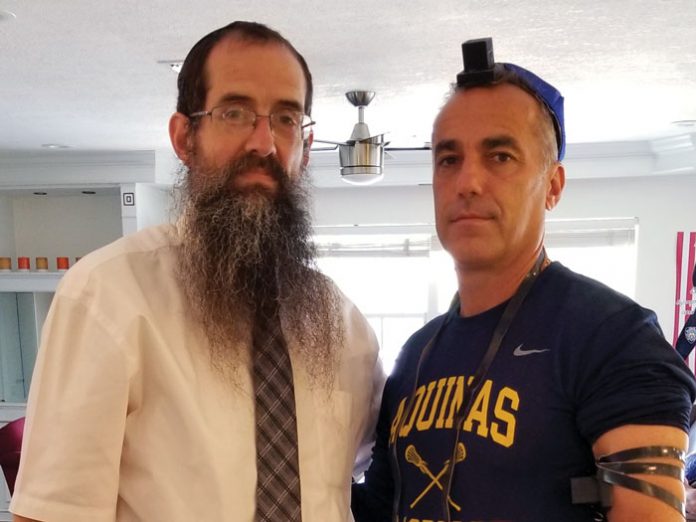 Eighteen-year-old Meadow Pollack was one of the 17 students who were shot to death by a lone gunman on February 14, 2018 at the Marjory Stoneman Douglas High School in Parkland, Florida. It was one of the nation’s deadliest school massacres. This past Friday night, Meadow’s family marked her shloshim by attending the Chabad House in nearby Coral Springs and reciting Kaddish for her. They later ate the seudah at the home of the Chabad shliach, Rabbi Avraham Friedman, where they also learned mishnayos together.
On February 21, Andrew Pollack and his wife and sons met with President Trump in the White House, along with other students and families from Parkland as well as a contingent of people who had been touched by the Columbine and Sandy Hook tragedies. The Jewish community took notice of Meadow’s bother Hunter, who had chosen to wear a big white yarmulke to the meeting.

“I did it,” Hunter explained, “because I’m proud to be Jewish. I’ve always been proud to be Jewish; it’s not strictly related to what happened. I work with Rabbi Avraham Friedman of Chabad in Coral Springs, who inspires me a lot, and I figured that if I wore my kippah in the Oval Office it would send a message to Jewish youth to be proud of their heritage. There has never been a Jewish President, and I feel that it’s something that can be accomplished. Meadow was a beautiful young Jewish woman, and she would have been proud to see me wearing it in her honor.”

He told me that he and his sister had spoken about Judaism and it was something that interested her as well. Today, he is lobbying with his father for school safety. “We need to make sure that the schools are safe and that all students feel protected when they’re in school.”

As a result of their efforts, along with the advocacy of other Parkland students and families, Governor Rick Scott signed a bill on March 9 that raised the minimum age for buying rifles to 21 and established mandated waiting periods and background checks. The new law also allowed for the arming of qualified teachers and the hiring of school police. Additional features of the law include a ban on bump stocks as well as barring some potentially violent or mentally unstable people from owning guns. The National Rifle Association immediately filed a lawsuit that challenged the federal constitutionality of the age requirement clause.

“Do you want to know why our kids aren’t safe and why these shootings keep happening?” Andrew asked me during a phone conversation I had with him last week. “Because there’s no monetary loss when our kids are murdered. If someone were shot on an airplane and everyone refused to set foot on a plane after that, it would cost the airlines and other major corporations hundreds of millions of dollars. The same thing goes for the stadiums and arenas. If a shooter walked into Madison Square Garden and started killing people, they’d lose a huge amount of money on concerts and sporting events. But when children are murdered it doesn’t cost anyone any money. That, in a nutshell, is why it keeps happening.

“Schools are no-gun zones; that’s why shooters keep going there. They’re cowards, so they go to places where no one can stop them. No one should be able to walk into a school with a weapon, just as you can’t board a plane or enter a federal building with one. I am very gratified to have helped pass the recent school safety bill in Florida, which is truly historic. Something like that had never been done before, and it took only three weeks.

“I’m going to be meeting with the other 49 governors; right now I’m just figuring out a plan how to do it. I want to make sure that the American people are as angry as I am. I’m going to be the voice of all these parents, grandparents, aunts, uncles, brothers and sisters. We are all going to come together and demand school safety.”

I asked him what he considers to be the most important feature of the recent bill.
“It’s not about arming teachers,” he stated resolutely. “That’s a false narrative being propagated by the leftist media in an attempt to divide the country. The Guardian Program is about having trained on-site professionals who can save your kid’s life or a teacher’s life in the event that something happens, just like having an air marshal on board a plane. These people will have to complete a four-week, 140-hour course. School boards will now be able to hire a retired soldier or police officer with 20 years’ experience and send him to that training program, which will be even better than just hiring any random person. Florida Governor Rick Scott is a very good man, so now we have to lead by example.”
By contrast, Andrew has some strong words for the legislators who voted against the bill.
“Anyone who voted no—and there were 50 people who did so—was being heartless. They chose to put their own interests before the interests of our children and this community.”
“Are you doing this to honor Meadow’s memory?”

“It’s more than that. I don’t want anyone else to ever have to go through this pain when it can be avoided. It’s horrible. I believe I have an obligation to speak up and tell the governors that they have to be proactive. I need to get it off my chest. I cannot remain silent.

“We’re also building a playground at the Chabad House in Coral Springs in Meadow’s memory. We could certainly use some help with that. Whoever would like to make a donation can go online to remembermeadow.com to make a contribution. We’re planning on raising a million dollars. It’s going to be the nicest playground in Broward County and have a water play area. Nothing is too good for my daughter, so it has to be incredible. Of course, there will be cameras and tight security. And even though it will be at the synagogue, the larger community will be able to use it as well.”

On Andrew’s website he describes the project as follows: “This will not be any ordinary playground; this will be built for a princess. Instead of visiting my princess at a graveyard, I will sit on a bench in her playground and watch other beautiful children play.”

“What can the federal government do to help school safety?”

“They can give grants for ‘hardening’ security at schools to make them like airports or federal buildings. It has to be done. We can’t let our kids be sitting targets for terrorists.”

I asked him about his meeting in the Oval Office with the President. 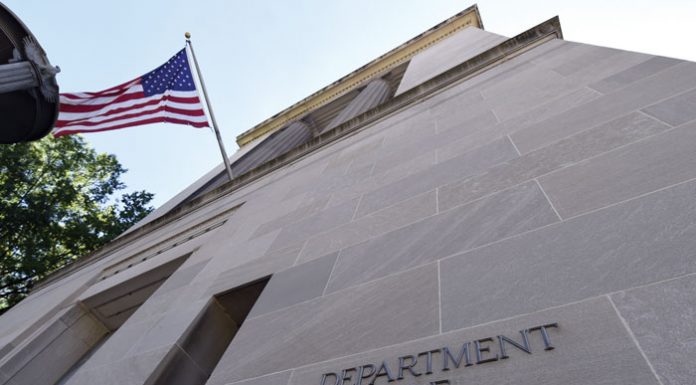 What Honorable People Do // Bringing the truth to the forefront, wherever it may be hiding

Biden at the Southern Border // What is the administration doing in regard to immigration and why is it angering so many people?

The Secret Plansto Sabotage Iran // Did The New York Times...