In 1981, having just completed his military service in the IDF, 21-year-old Yossi Ghinsberg, the child of Holocaust survivors, set off on his own to South America to explore the Amazon rainforest. As he was traveling from Colombia to Bolivia, he met up with several other people: Marcus Stamm, a Swiss teacher; Karl Ruprechter, an Austrian geologist; and an American photographer named Kevin Gale. When Ruprechter told them that he was planning on searching for gold in an uncharted region of Bolivia, the others decided to join him on the adventure.

Yossi has described his naiveté in dealing with Karl: “He saw how I drank up every word that he said. I was naïve and begged him to take me with him.”

The Bolivians warned the group of the dangers that awaited them in the jungle, but they chose to disregard the warnings. After stocking up on provisions and supplies they headed downriver, deep into the jungle. Eventually they lost their way, their food ran out, and they started fighting among themselves.

The privation was extreme. Yossi says, “We were very hungry, walking long days and eating hardly anything.

“We shot and ate monkeys.

Then they discovered that Ruprechter was not really a geologist but an Austrian scam artist and fortune hunter, who had zero experience navigating the jungle. Yossi and Kevin decided to part ways with the two Europeans, and built themselves a raft that would hopefully take them back to civilization. Meanwhile, Ruprechter and Stamm continued on foot to search for the town of San José, which they believed would lead them to gold. The four men agreed to meet up at a future date in La Paz, the capital of Bolivia.

Unfortunately, shortly after setting out on their raft, Yossi and Kevin found themselves hurtling towards the edge of a waterfall. Kevin managed to jump off in time and swim to shore, but Yossi and the raft went over the falls into a deep canyon.

Yossi Ghinsberg spent the next three weeks alone in the Amazonian jungle, filthy and wet, without any real food and at the mercy of stinging insects and animal predators. Termites devoured him and grubs burrowed into his infected flesh.

About his feet, he said: “They were just chunks of exposed flesh. I couldn’t take the pain.
“I dragged myself to a tree full of fire ants and shook it on my head. The waves of pain and adrenaline distracted me from my feet.”

On his sixth day in the jungle, he woke to find a jaguar circling him, ready to attack.
He had a can of mosquito repellent and a cigarette lighter and made an instant flamethrower, driving the jaguar away.

He survived by his wits, a measure of luck and the sheer will to live, with hunger and loneliness his only companions. He was hallucinating and feverish by the time he was found on the brink of death. His story of survival received international attention, and he became a celebrity among international backpackers. He has since returned to Bolivia to thank the people who saved him and is committed to ecotourism to assist the local economy. In 2017 a movie was made about his ordeal.

But without Kevin, who escaped the dangers of the jungle but returned to search for his friend despite all warnings, Yossi would have likely died in the wilderness. Kevin’s story—of survival and faithfulness to a friend—hasn’t been told in full. Until now:

“I was horrified as I watched my buddy Yossi fall into the river. I tried to jump in and pull him out, but the river suddenly turned into a whirlpool. I’ve been swimming since I was a child, but I’d never been threatened by such a strong current. It was so easy to get sucked in; I felt like I was drowning. It was the first time in my life that I was afraid of the water.
“I was faced with a choice: Should I save my own life and return to the village where our ill-fated adventure had begun, or should I cross to the other side of the rapids and look for Yossi? I decided upon the latter. My conscience wouldn’t allow me to abandon him.

“Getting to the other side, however, involved swimming or wading through an awful lot of water, some of which was stagnant. I knew from experience that I had to be very careful about my feet, keeping them as dry as possible and trying to avoid stepping on sharp stones or branches. But I was in a hurry to find my friend, so I wasn’t as careful as I should have been.

“There was hardly anything to eat. Sometimes I would look for birds and eat the few eggs I found in their nests. All I had with me was my machete, which I used if I came upon a small animal. With every passing day I felt myself getting weaker. I did everything I could to conserve my energy, but it was very hard to find shelter and keep myself warm at night. By the morning of the fifth day my feet were in terrible pain and getting worse. They were covered with blood and oozing pus from all of my missteps and I couldn’t walk anymore; I could barely stand. I realized that I had to get off my feet or they would never heal. There was no choice but to float downriver, despite the dangers. I didn’t have the strength to build a raft so I found a fallen tree trunk, climbed on, and let myself drift along the water. The current was very swift. If I didn’t find a way out of the jungle soon I knew I would die.
“A short time later I was shocked to see two indigenous Indians walking single file on the opposite bank; one of them was carrying a rifle. I started shouting to them in Spanish, ‘Ayúdame! Ayúdame! [Help me!] I can’t walk and I’m lost!’ I was so grateful that they were able to grab hold of the tree trunk and pull me to shore. It turned out that they lived in the village of San José, the same village we had been searching for. 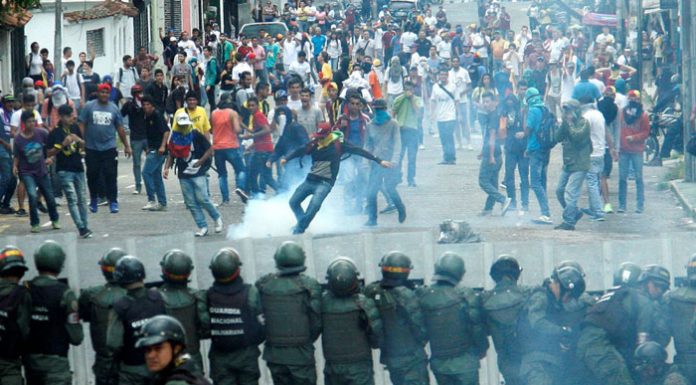