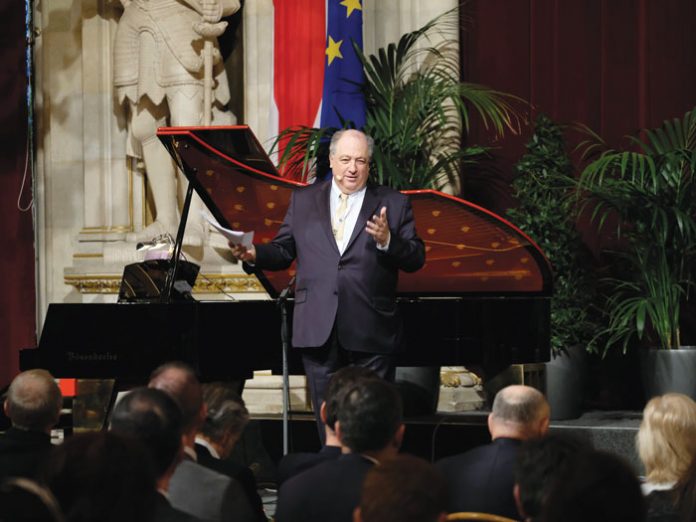 Only 70 years after the Holocaust, anti-Semitism is again on the rise all over the world, in the US, in the Middle East, and particularly in Europe: hate preachers in the Christian and Muslim world; BDS; calls for the destruction of Israel; the rise of right-wing political parties; the left-wing denying the Jewish people the right to a state; the denunciation of Israel in the UN more frequently than any other country; random murders of Jews; the need for more security measures at Jewish venues; a proliferation of anti-Semitism on the Internet; anti-Semitic portrayals of Jews in the press; the attempt to ban slaughter of kosher meat and circumcision.

It was for this reason that over three years ago, Dr. Ariel Muzicant, former president of Vienna’s Gemeinde (Jewish community), and a vice president of the European Jewish Congress, conceived the idea of a large-scale conference on anti-Semitism to bring together academic researchers and policy makers. The idea was to convene a conference that would bring scholars from many different disciplines together to debate the problems involved in putting an end to anti-Semitism. Dr. Muzicant expressed the fear that, with the rising tide of anti-Semitism and attacks against Jews, it might be possible that there will soon no longer be any organized Jewish communities in Europe as people emigrate, leaving only perhaps a scattering of individual Jews. He approached Professors Armin Lange and Klaus Davidowicz of the Institute for Jewish Studies of the University of Vienna to assist him. In order to make this a truly international endeavor, they in turn enlisted Professor Dina Porat, director of the Kantor Center for the Study of European Jewry of Tel Aviv University and Chief Historian of Yad Vashem, and Professor Lawrence H. Schiffman, director of NYU’s Global Network for Advanced Research in Jewish Studies, bringing with them the sponsorship of their universities. With the major sponsorship of Dr. Moshe Kantor, President of the European Jewish Congress, and the help of numerous other sponsors, planning began. Don’t even try to imagine what had to be done to enlist some 150 speakers and hundreds of other participants, not to mention logistics, food, security and much more.

The conference’s invitations explained that: “Beyond the study of the history of anti-Semitism and education about it, [the conference] will develop a catalogue of policies against anti-Semitism addressed to politicians, religious dignitaries, and other decision makers and leading figures in our societies. The aim will be to establish specific strategies and recommendations for large-scale, concrete action. The recommendations contained in this catalogue are intended to help extinguish or least suppress anti-Semitism globally.” This audacious goal led to the title for the conference, “An End to Anti-Semitism!”—a title that turned out to stimulate quite a bit of reflection and discussion.

Attendees of the conference, held February 18-22 on the campus of the University of Vienna, were divided over whether anti-Semitism, which has been with us since ancient times, can be totally eradicated. But all believed it can be significantly reduced. Both Jewish and non-Jewish participants agreed that anti-Semitism is not only a Jewish problem but threatens democracy itself. The speakers called on the attendees to respond actively against indifference and hostility against minorities.

The conference opened on February 18 with a public session attended by some 900 people in the magnificent City Hall of Vienna. The theme sounded over and over was that anti-Semitism and hatred were on the rise but that a program informed by the best research and coordinated effort might bring about a major reduction and possible elimination. The conference was particularly concerned with the issue of rising anti-Semitism in Europe. It was clear to the organizers from the outset that the Austrian elections and the formation of the new coalition would affect the spirit of the conference. 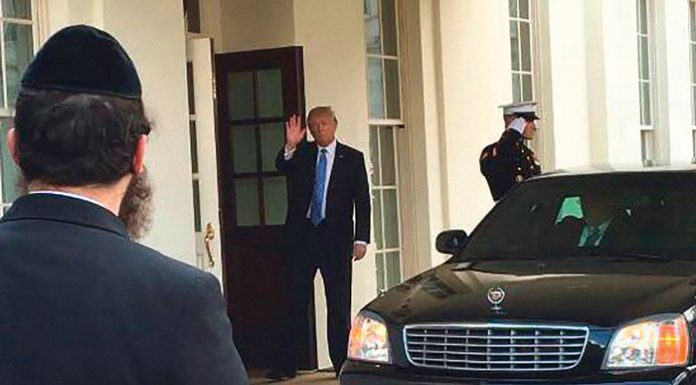 Is Iran Threatening to Destroy the Kever of Mordechai and Esther? An outrageous reaction to the trump peace plan