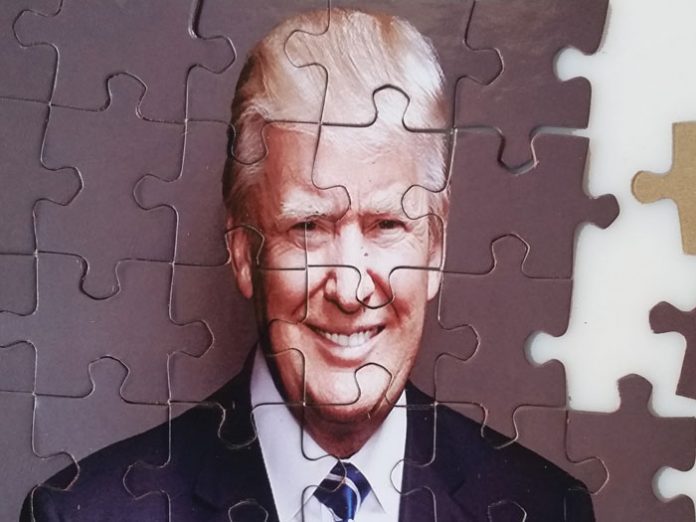 There’s an old saying that to a hammer, everything looks like a nail. I am, by training and inclination, a professional criminal prosecutor. To me, innocuous events sometimes appear to be suspicious patterns. To be honest, I try to avoid looking foolish, so I shy away from “connect the dots” conspiracies. I prefer a long-term, big-picture analysis.

In spy school, they call this mosaic intelligence. You collect all the tiny, insignificant pieces of the mosaic and try to fit them together in a meaningful pattern. Over time, a clear picture may emerge. It’s like those pointillist paintings by Matisse. Stand too close and all you see are blurry blobs of paint in a seemingly random order. Step back and the blur begins to organize itself into a pattern; in a shocking moment of clarity, you recognize a building emerging from the fog on a rainy day, exactly as it must have appeared to the artist in real life. Fog is a hard thing to capture in paint.

The fog of war is even more difficult to capture. I used to tell my students that the first three reports in war are always wrong. Some kid in a foxhole panics and reports a North Korean scout platoon as a regimental sortie coming across the border right at him. Do not panic until the fourth report makes the battlefield pattern clear. Scouts get lost in the fog and turn around when they realize their mistake. If you fire too soon, you may start a conflict where none existed—or worse, wound friendly soldiers who wandered through the fog into the wrong place at the wrong time.

Sometimes the best thing to do is grit your teeth and do absolutely nothing until the situation is clear. My favorite example is when the CIA received an urgent coded message from one of its most reliable Russian assets, who worked at military communications headquarters inside the Kremlin. In other words, a perfectly placed high-level source.
To the horror of the CIA desk officer, the decoded message was a clear warning that the Soviet Union was about to launch a surprise global thermonuclear attack on the United States of America. Every second of delay in warning the public meant that thousands of Americans might not reach the safety of a bunker in time. Every minute of delay meant that a counterstrike might not get off the ground.

But the CIA desk officer did nothing. There was no rhyme or reason for the Soviets to attack. We were in a Cold War lull. Nor was there any mobilization of Soviet ground forces or mass movement of Moscow civilians toward underground shelters in the subway. So he waited for confirmation from the CIA chief of station in Moscow rather than doing anything.
It turns out that the CIA’s super source had been arrested as a spy by the KGB. He figured that if he was going to die, he would take the Evil Empire down with him, so he sent out the warning that the Russians had launched a surprise attack. He figured we would push the button and launch an immediate nuclear counterstrike on Russia. We didn’t.

Another time, a moon rising over Canada spooked the DeWine radar network into seeing a cloud of ICBMs coming over the horizon. Something very similar happened in Hawaii just last week. Everybody in Hawaii needs to take a deep breath and use common sense before they start dropping their kids down into storm drains. What if it had rained? How long can a child tread water in a storm drain?

So is the lesson that Hawaii should ignore the next attack warning? Ask the survivors of the Pearl Harbor attack what they think about that. The December 7 attack warning should have been delivered on December 6, when it was decoded. President Roosevelt covered up for his admirals and generals, who delayed delivery of the attack warning for petty reasons. FDR could not court-martial half his flag-rank officers on the first day of the war, so instead he classified their gross negligence. I would have declassified their blunder at war’s end and court-martialed the lot of them for not passing the warning on for 24 hours. As part of their sentence, I would have required them to visit and apologize to each of the 2,300 families who lost a loved one because of their delay.

So the answer is yes and no. Sometimes terribly dangerous information should be delayed until it is confirmed; sometimes it should be expedited. Funny how wise principles often contradict each other—like “In union there is strength” and “Don’t put all your eggs in one basket.”

Cheney Exposed
There are no easy answers in the spy world. But at least we sanction those who try to insert “fake news” into the intelligence pipeline. Vice President Dick Cheney was exposed by his own friends in the GOP as the one who invented the weapons-of-mass-destruction-in-Iraq scandal. He was also denounced as the man who deceived President Bush to his face about the Justice Department’s strenuous opposition to one of Cheney’s strange initiatives for surveillance without search warrants.

The payback was rich. With the help of some friends in the intelligence community, a documentary called “The World According to Dick Cheney” exposed his perfidious behavior and used film footage of Cheney’s own lies to trash his reputation for all time. Almost everyone in Washington saw that film. He will never be forgiven for the lies he told his friends.