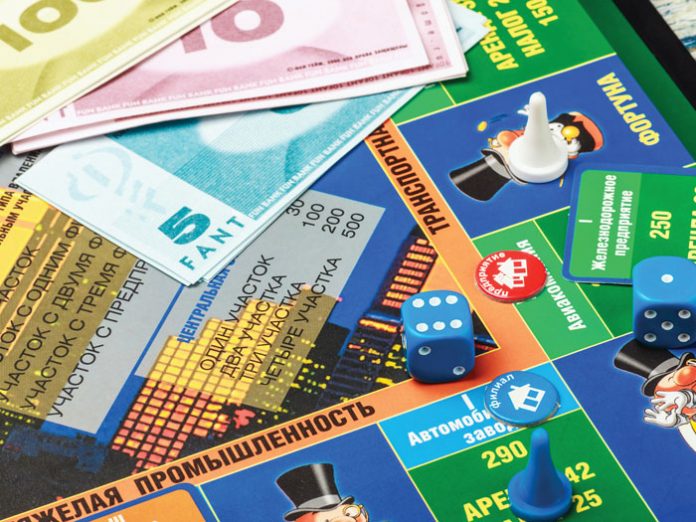 For the last two years I have been predicting that Putin’s unreported theft of hard currency from Russia’s central bank would force the country into technical bankruptcy by the last quarter of 2017. Well, the last quarter has come and gone, and Russia is still financially afloat. Putin may have succeeded in temporarily delaying the sinking of the Russian ship of state, but you cannot bail out a boat by drilling holes in the bottom to let the water out, at least not while it is still at sea. In September 2017, Putin convened an emergency meeting of oligarchs, industrialists and thieves (aka Russian bankers) to discuss emergency measures to avert a last-quarter financial meltdown.

Everything that could be sold to raise hard currency for debt payment has been sold. Last year Putin sold Russian gold mines, Russian oil-drilling material, even Russian technology for its advanced stealth fighter. China, flush with cash, got the benefits from this bargain-basement sale, and Putin bought himself another few quarters to come up with more hard currency to pay off the interest on Russia’s debts to Western investors.

Raising the Russian people’s taxes will not solve the problem. Russian taxes are paid in rubles, and the Western investors will only accept hard currency such as dollars or euros in repayment. In 2017, a desperate Putin forced the equivalent of a patriotic sale of war bonds to compel the Russian people to turn over their hard-currency savings in return for rubles. Now that cupboard is bare.

Where, oh, where, to find dollars and euros? Putin turned to the usual suspects—the oligarchs who had stripped Russia of some $1.5 trillion in assets during the privatization period that followed the fall of Communism. The oligarchs thought they had paid Putin off to look the other way (which made him the wealthiest man in the world). But Putin has been hinting recently that the oligarchs might have to give some of the money back to bail Russia out.

In the last quarter of 2017, Putin offered a deal that could not be refused to Vladimir Yevtushenkov, the CEO of Sistema, a company that had been charged with $4.5 billion in tax evasion over the sale of Bashneft, a small local oil producer. Mr. Yevtushenko has been shaken down before. In 2014, he agreed to settle the tax evasion case by transferring Bashneft back to Rosneft, the Russian government’s oil company.

But in May 2017, Putin’s cronies at Rosneft suddenly discovered that Bashneft had been stripped of many of its assets (oil-drilling equipment and the like) before it was turned over to Rosneft. Yevtushenkov thought that was part of the settlement deal, but that is the problem with bribing crooked Russian politicians—when they are bribed, they don’t always stay bribed. In 2017, Yevtushenkov was placed under house arrest until Sistema paid another $4.5 billion to Rosneft.

The Sistema case caused consternation among Western financiers, who were already leery of making further investments in Russia. Just when Russia needed hard-currency investment the most, the investment well was drying up. Talk about drilling a hole in the bottom of the boat to let the water out!

In December 2017, Putin panicked. He told Igor Sechin, his partner in crime at Rosneft, to ease up on the extortion demands. Sechin offered to cut the “tax debt” from $4.5 billion to $1.7 billion, and then the central bank would loan Sistema $700 million to help them pay the reduced amount. The trick was that the loan would be in rubles, but Sistema had to pay the taxes in hard currency. Still, it was a $2.8 billion drop in the ransom demand.
On December 22, 2017, Putin met personally with Yevtushenkov and told him to pay it. They announced the settlement the next day. That is how Putin evaded a last-quarter 2017 bankruptcy. The Western investors were greatly relieved, and Sistema’s stock went up.

Virtually every Russian conglomerate and export company uses three layers of shell companies to strip out assets or mark down their value to reduce taxes. Everyone does it, and everyone pays Putin to look the other way. But now, a second shake-down of the oligarchs with renewed charges of tax evasion is not a trick that Putin can use again for fear that Western investors will pull the rug out from under him, leaving him with no source of hard currency to pay off the interest on previous debts.
Putin is running a giant Ponzi scheme to pay off old investors with hard currency from new investors. After the Sistema settlement, it is getting harder and harder for him to convince new investors to lend money to Russia. Western investors don’t mind paying bribes once, but not twice. Even though it was settled, the Sistema scandal may reduce the annual flow of hard-currency investment to a trickle.

Incitement in the Air // A delayed flight becomes an excuse...

Searching for Green // When Menachem and Nechama Berger’s son suffered...

Thousand Year View // We Know Less About Nature Than We...

Fighting FDR for Kashrus // How Four Brothers from Brooklyn took...