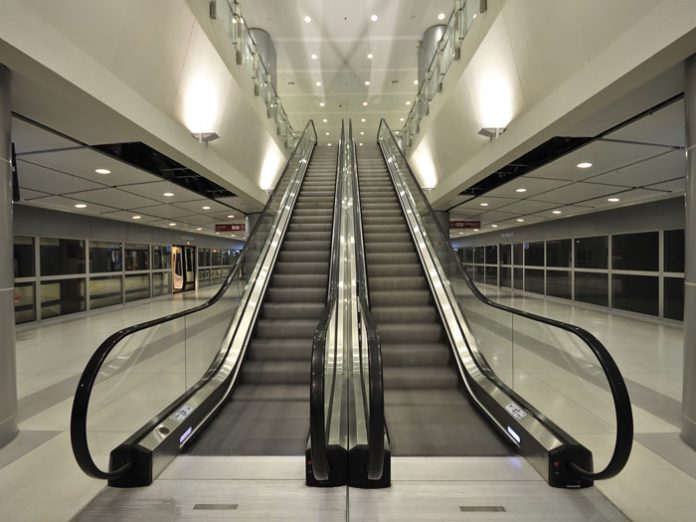 Despite being a frequent flyer, airports will always be my enemy. The sheer size of them is terrifying. One of my most frequent recurring nightmares involves being lost in an airport. I hate the check-in counters that are taller than I am and the conveyer belts that swallow my belongings and spit them back out. I hate the feel of the cold floor against my bare pantyhose and the exposed, vulnerable walk through metal detectors without the comfort of something solid beneath my feet. I also marvel at how even the escalators have to be super-sized in some airports. There’s nothing I hate more than that terrifying moment when you first get on and look all the way down.

“We’re going to New York,” announced my husband, Binyamin, holding out his phone for my perusal. I squinted, making out the vague letters of the ticket confirmation.

“New York,” I replied, “as in the place where a layer of snow is currently depositing itself?”
“That’s today; tomorrow the temperatures are supposed to rise into the 40s. You’re just spoiled because we live in Miami. I have to fly in for a quick business trip, but I figured it would be nice for you to come along for a change. I mean, when was the last time we had a vacation by ourselves? We’ll stay somewhere nice in Manhattan and eat out a lot. We’ll even visit your sister on Long Island.”

I was less than enthusiastic. Our grandson was having his upsheren that Sunday, an event he’d probably forgotten about, just like the commitments and birthdays that tended to slip his mind. It would be that easy for me to get away. I didn’t have major plans, but they’d still need to be canceled and rescheduled. Our two youngest daughters were in high school and they’d need to make arrangements. I also knew from experience that I’d probably be left alone to wander the halls of the hotel and entertain myself while Binyamin took care of business.

No, I did not particularly want to go to New York. But then again, this was the recurring leitmotif of my marriage. I couldn’t count the number of times Binyamin had come home with a surprise for me that made me want to burst into tears. His surprises tended to come along with a heavy price tag. And the worst part of all was that he always thought that he was bestowing the greatest gift.

hen the kids were younger, Binyamin liked to book surprise tickets for family vacations—and that was the extent of what he’d do for the trip. I was left to fill in the myriad details. When the tickets were to some far-flung, zany place, I’d be the one fretting over food, packing coolers with frozen schnitzel and fish sticks. I’d also be the one cooking them on a portable George Foreman grill while Binyamin was off sightseeing with the kids.

One time, Binyamin offered to watch the kids for an entire weekend while I went on a getaway with my sisters. We were going through a rough patch financially, and I’d been so touched that Binyamin felt that this weekend was necessary enough to foot the bill. He’d even encouraged me to go.

When my sisters came home, they all complained good naturedly about the messes that awaited them when they walked through the door. For me, though, it wasn’t about the mess. The walls—or at least some of them—had been painted a new color. The carpet in the playroom had also been partially ripped out. Binyamin had wanted to surprise me and repaint the house and put down new flooring. Unfortunately, he realized halfway through that he couldn’t do it himself. It took another six months until the damage was finally rectified.

Pulling myself back to the present, I realized that he was waiting for an answer.
“I thought you’d be excited about going to New York. I can pay a small fee and cancel your ticket if you really don’t want to go.”

“When are we supposed to come back?” I asked.

“Sunday,” he said, his foot tapping on the floor.

“But what about Avi’s upsheren? It’s on Sunday.”

“Okay, I’ll change the tickets so we get back on Friday.” 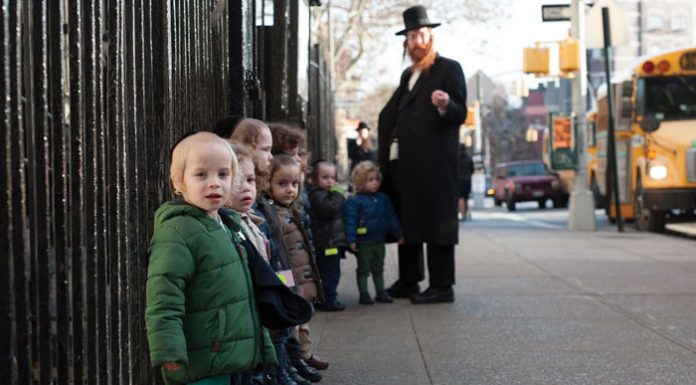 The Exodus: Those Left Behind // As the exodus from Brooklyn...

The Killing of Taylor Force, and the Birth of the Taylor...