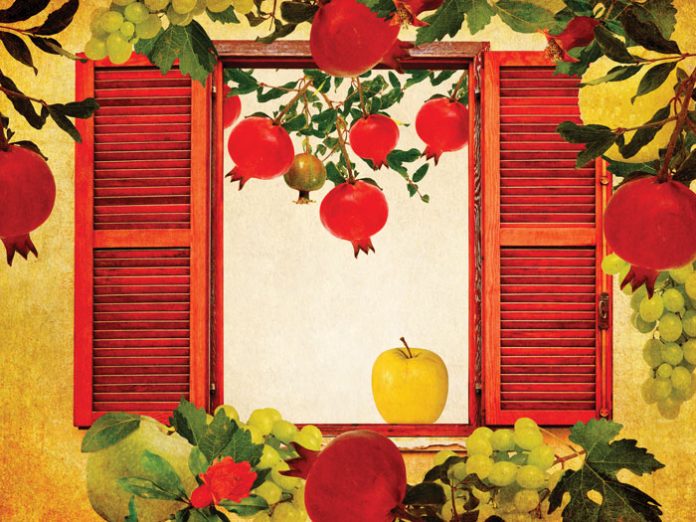 No matter where on the globe we find ourselves, every Jew feels like Israel is home. It’s threaded through our identity, the land of our history, the land of our future. But for those who pack up their possessions into a few paltry suitcases and leave behind what is dear and familiar, Israel can feel anything but home. One woman digs deep into the muddied depths of her heart and unearths her buried love for our land.

‘‘You would never survive living in Israel,” my friends in seminary told me. They were right. My father comes from a large Yerushalmi family and I boarded the plane for Israel with the kind of inflated confidence that comes from knowing I had thick Israeli blood pumping through my veins. My heritage didn’t help me one bit. Some of my friends without any Israeli ancestry were speaking fluent Hebrew halfway through the year. I still couldn’t follow our Israeli teachers’ classes by the time the year was over. I hovered at the edges of crowds, never pushing my way onto busses. I was self-conscious asking for directions, and even when I did, I always doubted whether or not I had understood them. The bustle, the crowd, the pitch of the voices was jarring and distracting. After a day around the city, my head would pound.

I grew up in a suburb of New York, on a quiet cul-de-sac with lots of grass and trees. There were never cars on my street, and my siblings and I would circle around the end of the block on bikes and scooters until the sun dipped low in the sky. But I don’t think it was about where I grew up. I think it was more about who I was as a person. My sister Cheved did great in seminary in Israel. She’s the type of noisy driver who keeps a finger on the horn and attracts enraged eruptions of beeps. She questions everything she’s told and marches into stores demanding to speak to managers.

My father has a placid, gentle personality, not the classic Israeli persona, and it was because of my father and my sister Cheved that I knew Israeli personalities are as diverse as anywhere else in the world. I knew Israelis would come up when I was ready to start shidduchim because of my father’s background, and I told my mother to save them all for Cheved, a year my junior, who already had plans of settling in Israel. My fear wasn’t about the personality or difference in culture, I was simply worried that an Israeli would want to live and raise his children in his homeland.

My husband had been born and raised in New York, but his parents had made aliyah when he was in his teens. I thought I was safe. We settled in New York after we married, but my husband never really found his place. He told me that ever since his parents moved to Israel he’d thought of it as his home.

“Living there with a husband and children is different from seminary. You’re basing your decision off of one bad year.”

My year in seminary had been disappointing maybe, but it hadn’t been bad. During that year, I had seen life in Israel; I’d witnessed it all. I loved Israel because it was our land, rich with our history. I didn’t love life there today.

My husband told me he understood and dropped the subject. But I’d see how his eyes were lit with love and longing when he spoke to his parents on the phone. I’d watch how animated he became when he showed me pictures of his experiences there. I’d see him flit around between different shuls, different chavrusos, never staying long with any. I think if he would’ve tried to push it, I would’ve resisted. But he was so nice and understanding about the whole thing. I couldn’t stand being the happy one while he sort of drifted around, deflating a little bit more every day.

No Food… Just Faith // How faith kept Leah Klein alive on Yom Kippur in Auschwitz and beyond.

Iran Virus: If China was bad in covering up early cases of coronavirus, Iran was far, far worse. Its government knowingly invited Shiites from...