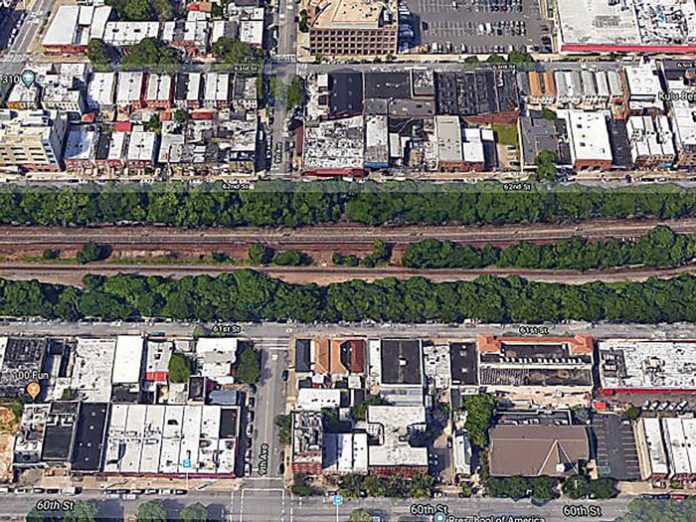 It’s not a light at the end of the tunnel, but it will involve a tunnel anyway. A newly available site for a residential project near Boro Park won’t fix the housing crisis, but it is offering a possibility of thousands of new units on the market and hope for some real estate breathing space in the area.

The Metropolitan Transit Authority has released a request for proposals (RFP) for development of the airspace above a 3.8 acre section of Long Island Rail Road railbed that runs along 61st Street between Fort Hamilton Parkway and 8th Avenue. Developers would have to build a tunnel for the freight trains that run on the track (about four trains travel the tracks every day, according to the MTA, and it may soon increase to six), and any residential project would be built above that, under a 99-year lease from the MTA.
A number of local and state politicians have been involved in trying to push this project forward. State Senator Simcha Felder told Ami that he has personally been involved in trying to get the MTA to allow development in the railbed area over 15 years, during both his time as a city councilman and his tenure as state senator, when the project became his priority. The idea itself goes back at least 20 years.

The property in question borders four different Brooklyn neighborhoods: Sunset Park to the north, Boro Park to the east, Dyker Heights to the south and Bay Ridge to the west. In the early days of advocacy for the project, neighboring communities, as well as business interests, put the kibosh on the idea. (Any project will likely include a very large amount of retail space in addition to residential.) That stalling led to a hiatus that lasted for two decades. But the efforts of politicians like Sen. Felder have now turned the dream into an actual RFP from the MTA.

Senator Felder said that there was a process of negotiating with the transit authority. “The MTA has many priorities of its own, and in the process of accomplishing what it needs, it has to take into account what the public needs,” he said.