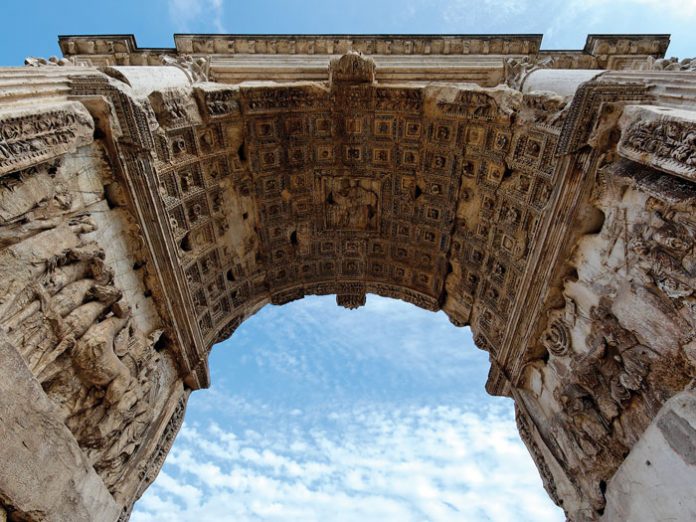 Name the top ten worst historical enemies of the Jews—that is, the individuals who did the worst violence to the Jewish people. No matter how you rank the people on your list, somewhere on that list will be Titus, known everywhere to Jews as Titus Harasha, the Wicked, who destroyed the Second Beis Hamikdash and murdered and exiled millions of Jews.

It would be odd to think that a Jewish institution would exhibit a monument to such a hated character from our past, one reviled in numerous Jewish texts and even in davening. So you might be surprised to hear that the Yeshiva University Museum, in Manhattan, has a new exhibit, filling a gallery, on the Arch of Titus, complete with a life-size reproduction of a panel of the Arch.

But when I visited that exhibit recently, with the man who was the driving force behind it—Professor Steven Fine, the Churgin Professor of Jewish History and director of the Center for Israel Studies at Yeshiva University—it became clear that this exhibit is one that should generate strong positive emotions, along with the negative emotions associated with Titus, for frum Jews.

That’s because the specific panel from the Arch of Titus that the museum is exhibiting shows the Romans carrying the treasures of the Beis Hamikdash into Rome. Among those are a shulchan, a menorah, and chatzotzros. Over the almost-2,000 years since it was built, many of the Jews who have seen this panel from the Arch believe that these are the Shulchan and Menorah from the Heichal of the Beis Hamikdash.

And unlike almost all other depictions of the Menorah throughout Jewish history, this panel was created by artists who had the keilim of the Beis Hamikdash nearby, on display in the so-called Temple of Peace, a five-minute walk away. (The Gemara states that Tannaim, too, went to see the keilim in Rome.)

The Arch of Titus was built just a few years after the death of Titus, who had eventually replaced his father Vespasian as emperor, and just ten years after a victory parade was held in Rome, bringing the keilim of the Beis Hamikdash back from the land of Israel in triumph over the Jews. Titus’ brother Domitian, who had followed him as emperor, commissioned the structure. 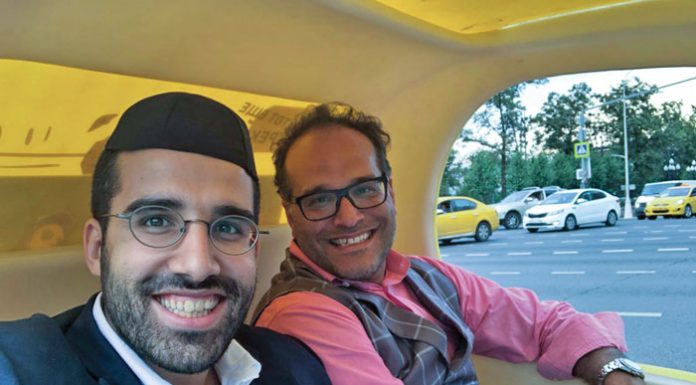 Musings on Moscow // Not at all what was expected