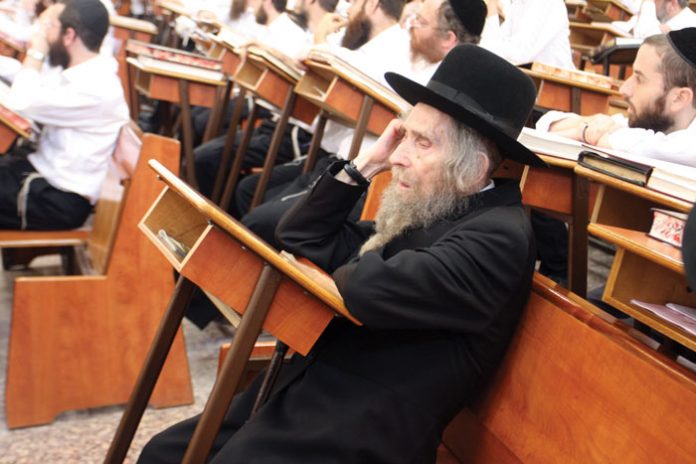 Late Monday night, after our Chanukah issue went to print, the sad besurah reached us from Eretz Hakodesh about the petirah of the gadol hador and rosh yeshivah, Maran Rav Aharon Leib Shteinman, zt”l. At the same time, we also learned that the rosh yeshivah had asked that no hespeidim be made for him, either orally or in print. Chazal say that there is no greater respect one can show a person than by fulfilling his wishes. Accordingly, we have refrained from publishing a hesped on Rav Shteinman and his unparalleled life of tzidkus, harbatzas haTorah and ahavas Yisrael.

What follows is but a short biographical sketch marking the different stages of his life that was put together by our staff, and a translation of the rosh yeshivah’s tzvaah.
Zechuso yagein aleinu, and may he be a meilitz yosher for all of klal Yisrael.

Rav Aharon Yehudah Leib Shteinman, zt”l, was born on 14 Cheshvan 5674 (1913) in the town of Kaminetz (in modern-day Belarus) to Reb Noach Tzvi and Gittel Feiga Shteiman. His parents had been living in Brisk, where his father was a melamed, but as the winds of war began to blow, the couple relocated to Kaminetz, where they lived with Rav Shteinman’s maternal grandparents. At the conclusion World War I they returned to Brisk. At the age of nine, Rav Shteinman began learning in Yeshivas Toras Chesed in Brisk, which was under the leadership of Rav Yisrael Chaim Kaplan and Rav Moshe Sokolovsky, zt”l.
The Shteiman family was very close with the Brisker Rav, Rav Yitzchok Zev Soloveitchik, zt”l, and Rav Shteinman became the chavrusah of his son, Rav Yosef Dov (also known as Rav Berel), zt”l. Later on, Rav Shteinman learned in the yeshivah of Kobrin under Rav Pesach Pruskin, zt”l, as well as in the yeshivah of Slutzk under Rav Aharon Kotler, which is where he first met Rav Shach, zt”l, who was then a maggid shiur in the yeshivah.

Because Brisk became part of the Republic of Poland after World War I, in 1936 Rav Shteinman was drafted into the Polish Army. According to law he should have been exempt from conscription, as his older brother had already served in the military, but the authorities insisted that he be called up anyway. In order to avoid the draft, Rav Shteinman changed his name from Shteiman to Shteinman, but to no avail. Finally, with no other choice, Rav Shteinman immigrated to Switzerland. He was soon joined by his two friends, Rav Moshe Soloveitchik and Rav Aryeh Leib Glickson, grandsons of Rav Chaim Brisker, zt”l, both of whom were also fleeing Poland to avoid military conscription.

Upon their arrival in Montreux, Switzerland, Rav Shteinman and Rav Moshe Soloveitchik joined Yeshivas Eitz Chaim, where they were appointed to serve as maggidei shiur, despite their young age. Rav Shteinman had brought along letters of recommendation from the Brisker Rav, Rav Chaim Ozer Grodzinsky and Rav Baruch Ber Leibowitz, zt”l. Two letters from Rav Baruch Ber to Rav Rafael Eliyahu Botschko asking him to appoint Rav Shteinman and Rav Moshe Soloveitchik as maggidei shiur in his yeshivah have survived, and contain many glowing expressions of respect for Rav Shteinman. 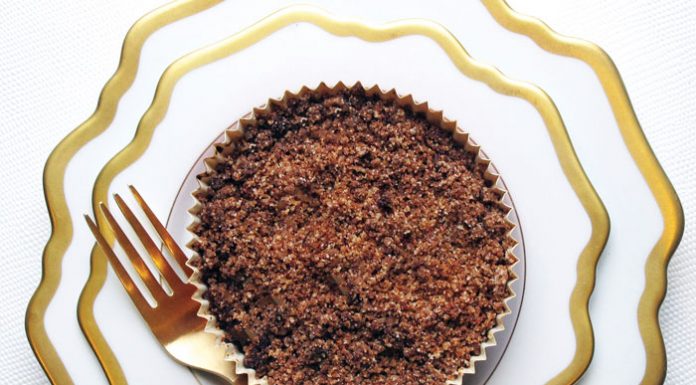 The First Stop in Galus // While its proximity to...