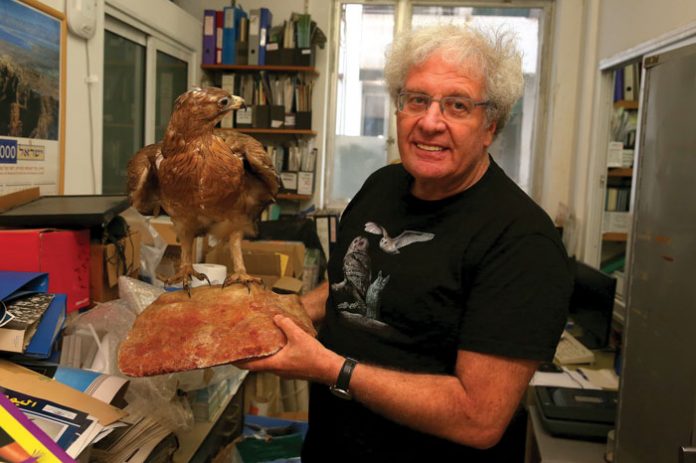 When he was a little boy, Yossi Leshem had but one dream: to be able to fly like a bird.
“I used to take walks with my mother in the Carmel Forest. My mother loved to hike, but she couldn’t tell a goldfinch from a donkey. She would keep her eyes focused straight ahead while I looked up at the sky. I was amazed to see the birds gliding through the air, passing through the clouds. How was it that they could fly so freely and effortlessly, unconstrained by any limitations or boundaries? I resolved that one day I would also fly and no longer be rooted to the ground.”

Yossi was particularly fascinated by birds of prey, whose broad wings, nobility and grace appealed to his sensitivities. “These birds are the kings of the sky. They can dive at a speed of 300 kilometers per hour to catch their prey with pinpoint precision. The golden eagle was the symbol of the Roman Legion. It’s no wonder that the eagle was the symbol of many other kingdoms as well: the Assyrians, Egyptians, Romans and ancient Greeks, and even the United States of America.”

He was especially intrigued by the bearded vulture, a migratory bird of prey that used to nest in the mountains of the Galilee and in the Judean Desert. “It’s a very special bird with an impressive three-meter-wide wingspan and a colorful red chest. Unfortunately they’re almost gone nowadays, even though I’ve searched for them many times.”

Yossi looks up at the sky as he says this, as if that is where he feels most comfortable.
In fact, it could also be said that Professor Yossi Leshem stands out like a rare bird on the campus of Tel Aviv University himself, with his large kippah resting on a head of curly gray hair. His schedule today is crammed with a diverse assortment of appointments, including a cabinet minister, a Jordanian general, the Japanese ambassador to Israel and a journalist from Spain. And me.

He talks quickly, swaying as he speaks and gesturing wildly as he points to various objects on display in his office, which is filled with mounted owls, stuffed falcons and illustrations of eagles. The only time he stops moving is when he goes to the window and gazes out at the birds passing by overhead, looking as if he longs to join them.

As he enthusiastically gives me a tour of the caged birds in the zoology department of the school, which is under his care, you can imagine him as a child running around and dreaming of flying over the Mediterranean. But at the age of 70 he has long since left childhood behind, and was recently informed that he will be receiving the Lifetime Achievement Award from the president of Israel in recognition of his illustrious career and contributions.

A jovial extrovert, Yossi is one of the world’s leading avian scientists. He was born in Haifa to parents who emigrated from Germany “I am a Yekke,” he says, “but no one would suspect it.” He was educated in religious schools and attended Yeshivat Nechalim high school, which was headed by Rabbi Yosef Bagad. Of course, the chapters in the Torah about which birds are tahor and which are tamei were of particular interest to him as a teenager.

In science class, Yossi tried to satisfy his curiosity by learning all he could about the lives and habits of our feathered friends. But his interest turned to sheer devotion when he finally met them face to face: “In the area around Nechalim there were large open areas, fields and forests extending all the way to the horizon. You could see thousands of birds, all kinds of different species. I was always outside watching them with my binoculars. I remember that there was also a pond filled with noisy ducks. I would ask our science teacher lots of questions about birds but he didn’t always have answers.” 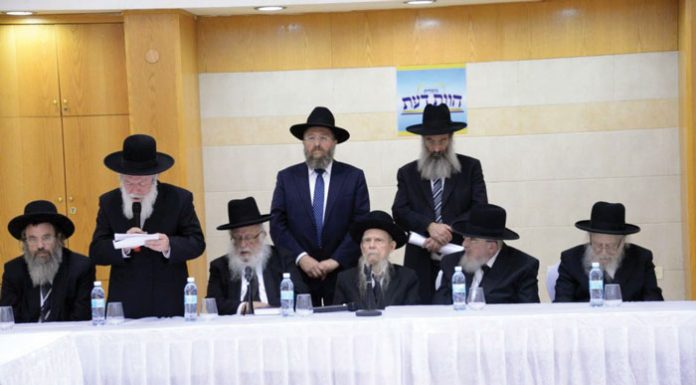 The Headshot Guru // Laibel Schwartz works as a headshot photographer...