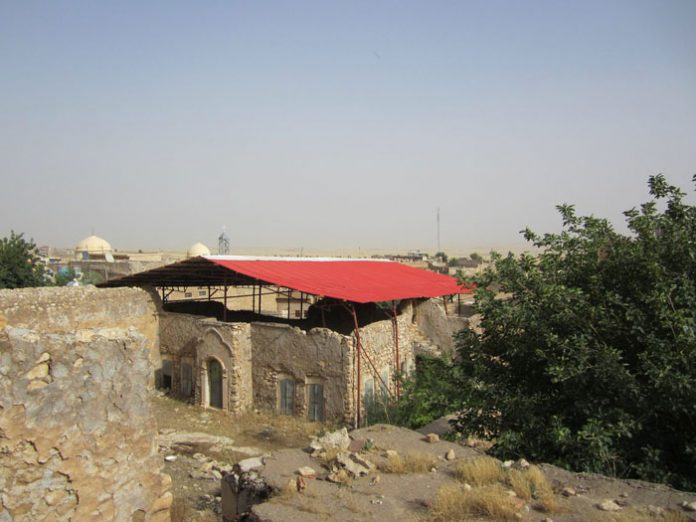 A cloud of gunpowder hovered over the northern Iraqi city of Mosul. Exploding shells could be heard in from every direction. And yet, oddly enough, two middle-aged figures could be seen surreptitiously making their way through the chaos.

It was difficult to imagine such a scenario—two Israeli Jews in that place at that time, maps and measuring instruments at the ready. But the reality was more fantastic than anything the imagination could conjure up.

Meir Ronen and Yaakov Schaffer were taking a long, winding and dangerous road to their destination—a compound in the Christian village of al-Qosh, situated near Mosul and the battlefront.

What had brought these two engineers from Jerusalem to Iraq, with ISIS presenting a threat just a short distance away? None other than the kever of the navi Nachum, which, following a number of fierce battles, had sustained damage from the shell fire and was now in danger of collapse.

The two men approached the site with caution, tense and fearful, trying hard not to arouse suspicion. In the space of a moment an enemy could appear, recognize them as Jews and end their lives. But they kept going and finally arrived at the destination they had traveled thousands of miles to reach— the kever of Nachum Hanavi, only 30 miles from the battles raging in Mosul.

They passed through a checkpoint and examined the building. Its condition was not encouraging, to say the least. The structure was beginning to crumble, and the entire area was filled with rubble and weeds since no one had been able to tend to the compound properly for a very long time.

The kever overlooks the city of Telskuf, which until recently was controlled by ISIS. The region looked so pastoral and serene that it was hard to believe it had been the site of bloody combat only months earlier.

The two engineers, famous for preserving ancient buildings in Israel and around the world, had come to the site under the auspices of a group called Engineers Without Borders to conduct an initial inspection and determine what needed to be done to restore the kever. Hundreds of people had already died in the vicinity because of the fighting, and the structure had been badly damaged by bombs.
Were they afraid during this mission?

“It was only after we returned to Israel that we began to realize how frightening it was; there had to be a sense of distance before we could acknowledge it. We couldn’t afford to be afraid while we were there. Just one wrong step and you could get your head cut off if someone didn’t like what you were doing.”
The kever itself, they reported, is intact, but some of the supporting walls have collapsed, and it’s likely that the entire structure will collapse altogether. They called it “a race against time.”
How much will the restoration cost?
“We estimate it will cost between $200,000 and $300,000, and that’s only for the initial stage, to stop further decline. As we go on, we’re talking about something in the area of $2 to $3 million.”
Fortunately, the recent liberation of Mosul from ISIS forces reduces the chances that the murderous organization will blow up the kever today, as they did the kever of Yonah Hanavi, which is in Mosul itself.

The surrounding villages, the engineers say, have been completely wiped out. ISIS has destroyed many Jewish and Christian holy sites in order to convert them into mosques. If ISIS had also taken control of al-Qosh and Nachum’s kever, it’s probable that nothing would be left of it.

Now, only two days after the Iraqi army liberated Mosul and other nearby ancient sites from the clutches of ISIS, Ronen and Schaffer have come as part of a team to restore and preserve this historical compound where the navi is buried.

The Custodian
Morris Bar-On remembers being a young boy living in the town of al-Qosh, on the border of Mosul, and his eyes fill with tears when he recalls his youth. The village in which he grew up was populated by Assyrian Christians who spoke Aramaic; his was the only Jewish family in the town.
His father, Rabbi Moshe, served as the “altin,” or custodian, of Nachum’s kever, which was situated on a high hill in the village. The family lived in a large courtyard near the kever, and for generations the key was passed from father to son, until it came into the hands of Rabbi Moshe. 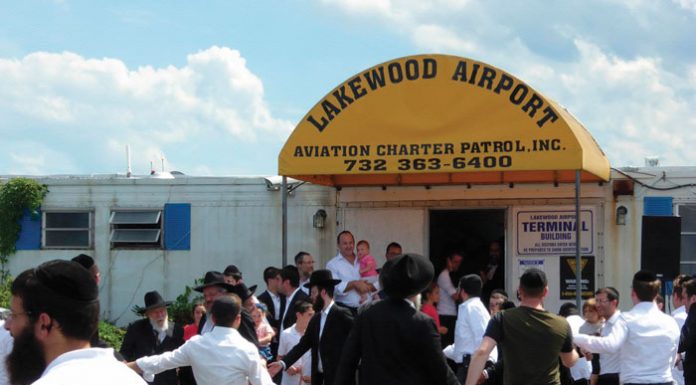