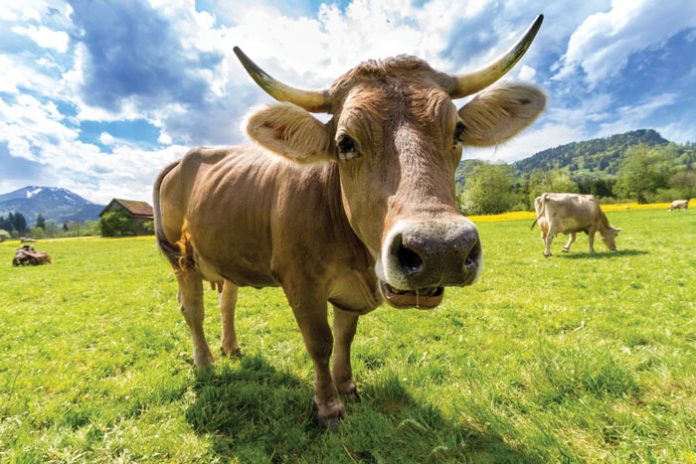 Unless you have vegetarian tendencies, there is a good chance you enjoy a juicy, flame-broiled steak. The caramelized results of the Maillard reaction, which gives browned food its distinctive flavor, make being an omnivore enjoyable. But pretty soon, even those who don’t eat meat from animals on philosophical grounds may be able to savor that same flavor—by eating laboratory-grown meat. And if environmentalists, who opine that cows are more dangerous than cars to our environment, have their way you won’t have any choice in the matter.

The companies currently developing this high-tech product are aiming to compete—on quality, flavor and price—with the regular meat you find in grocery stores today. But will the kosher consumer be able to eat it?

When I recently met with Rabbi Menachem Genack, CEO of the Orthodox Union Kosher Division, and Rabbi Gavriel Price, a senior rabbinic coordinator at the OU, they made it clear that the kashrus issues of lab-grown meat involve more than just the halachic questions about its status. In fact, there may also be serious technical issues that the kosher certification agencies will need to overcome so that Jewish households will be able to partake of this new, strange and yet somehow wonderful meat that doesn’t require the slaughter of a cow or other animal, but instead slowly comes together inside a lab or factory.

Growing meat
At a small table in Rabbi Genack’s office at OU headquarters, Rabbi Price explained to me the process of making meat seemingly from nowhere.

The idea, he said, came from the world of medicine, where this process is already being used to enhance people’s lives.

“If someone, G-d forbid, has muscle deterioration or other issues with organs, there is a process called tissue engineering, whereby muscle tissue or even complex organs can be grown from the individual’s own DNA.”

The idea then arose: If we can make human tissues, why not make animal tissues, the kind we eat?

“The main challenge,” said Rabbi Price, “is not necessarily technical, how to make this stuff, but how to make it cheaply enough that it pays to do so.”

This would apply across the board to every aspect of production: equipment, supplies, technique, and the time it takes to produce the final product. In fact, the race is on to see which company will be the first to bring the product to market.

Of late, the price has gotten cheaper. As the rabbis noted, the press reported that the first hamburger made from lab-grown meat cost about $3,000 to make. That has since been brought down to only $600. Still, that’s not the kind of price that will have many people heading out to buy such burgers. There’s still a long road of innovation ahead.

What is the actual process that makes this meat?

Basically, once you’ve harvested the cells you want to turn into a piece of meat, you grow them in a series of tanks. The first one, called a cell proliferation bioreactor, simply allows the cells to multiply until there are enough to use. The bioreactor also contains a cell culture medium, made up of salts, proteins, fats, sugars, vitamins and other nutrients and substances that help cells grow. In most labs it has also usually included serum—blood from which the cells and the clotting factors have been removed.

The cells are then moved into a tissue perfusion bioreactor, where they are placed onto biological scaffoldings that help them mature and grow together into the structure we know of as meat.

Because meat is actually a combination of a number of types of tissue, such as muscle and fat, the combination of cells required to make it taste good when grown in a laboratory is very sophisticated.

Each step in the process requires equipment and materials that are currently very expensive. Getting lab-grown meat to be cheap enough to sell will require a drastic reduction in prices.

The cells themselves are a subject of much innovation. In order to work with cells that can proliferate indefinitely and not get “old,” scientists have been focusing on using cells that are in an “immortal” state. Stem cells, which are cells in an early undifferentiated state that can turn into a variety of kinds of cell, don’t have some of the aging problems that regular adult cells do. In recent years, researchers have found techniques that allow them to turn adult cells into stem cells. Previously it was necessary to harvest stem cells from embryos, a process with which various issues are associated.

So far, the developers of lab-grown meat have had greater success creating something similar to ground meat, but as they improve their scaffolding techniques they’re getting closer to putting a marbled piece of steak on your plate that will not have come directly from an animal.