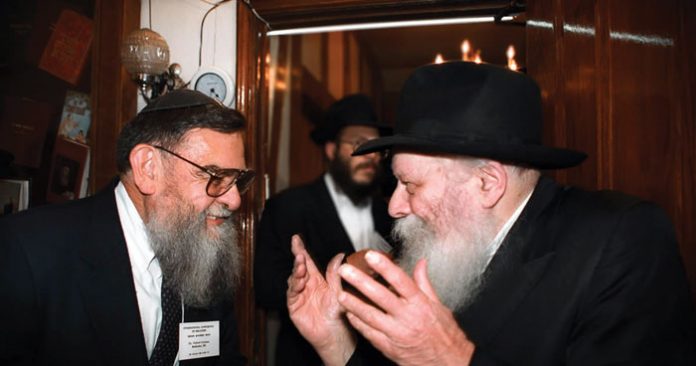 In 1962, John F. Kennedy declared: “We choose to go to the moon in this decade… not because it is easy but because it is hard, because that goal will serve to organize and measure the best of our energies and skills, because that challenge is one that we are willing to accept.”

As NASA scientist Professor Velvl Greene later wrote about his response at the time, “When the president of the United States says ‘jump,’ we at the National Aeronautical and Space Administration didn’t even have to ask ‘how high?’ We already knew: as high as the moon.”

He admitted that “it was audacious, when you thought about it. The president had announced his national goal, and we were obliged to pull it off, ready or not.”

In fact, throughout his life Dr. Greene was never one to avoid a challenge, and in many ways working on the spacecraft that would journey to the moon was a lot easier than his personal journey, as he and his wife went from a lifestyle devoid of kashrus and Shabbos to being fully observant and intensely involved in Torah study.

Velvl Greene was niftar on 24 Cheshvan 5772 (2011) at the age of 83. Shortly before his sixth yahrtzeit, Ami spoke with his widow, Mrs. Gail Green, in Beer Sheva, Israel, about their spiritual odyssey, and especially what it was like making their home kosher while keeping their active youngsters onboard in the process.

Velvl (William) Greene was raised in a Yiddishist, non-observant home in Winnipeg, Canada. His family was very culturally Jewish, and he attended the city’s I.L. Peretz Folk School, a Yiddish-Zionist institution, where, for example, the students learned to recite Bialik’s Hebrew poems in Yiddish. With the goal of being a pioneer in Eretz Yisrael, Velvl completed a doctorate in dairy bacteriology at the University of Minnesota in Minneapolis.
In the meantime, however, he and his wife moved to Lafayette, Louisiana, where he got a job teaching in the Southwest Louisiana Institute. The college-level Institute had started recruiting faculty from the North after many of its own professors quit when the Institute began to admit blacks. The only synagogue in town was a small Reform temple that lacked a resident rabbi. As the only Jew in Lafayette who could read Hebrew, Velvl Greene was asked to serve as its rabbi, for a salary that supplemented his professorship and only required that he give an occasional sermon on ethics and announce the page numbers in the abridged prayer book. On the single day of Rosh Hashanah that was observed, a trumpet was blown in lieu of a shofar.

Professor Greene’s special area of interest was airborne infection control in hospitals. The Greenes’ daughter, Rachel, was born in Lafayette. A few years later he was offered a position at his alma mater, and the family moved back to Minnesota.

After the space race was launched in the early 1960s, all of a sudden NASA became a huge operation, with billions of dollars being spent on research into something about which little was known. Professor Greene recalled this period in his memoir Curiosity and the Desire for Truth: the Spiritual Journey of a NASA Scientist, which was published posthumously in 2015 by his children:

“I was a microbiologist who was looking for microbes on the walls of hospitals and bacteria in the air of operating rooms. So when NASA wanted to find out if there were any microbes in the stratosphere, I won the contract to explore—and that kicked off an entirely new world. I was really young, in my early 30s, and I got an unlimited amount of money to do research on things that no one had ever done before.”

Not only was he allocated immense sums for research, but he was also assigned two security personnel. Because his research was classified, no one could enter his office or laboratory without making an appointment several weeks in advance and obtaining security clearance, not to mention passing under the watchful eyes of intimidating guards.

Enter one young, undaunted novice Chabad shliach, Rabbi Moshe Feller, who had been sent by the Lubavitcher Rebbe, zt”l, back to Rabbi Feller’s hometown of Minneapolis in 1961. Having heard that Professor Greene was active in the local Jewish community—he was also a member of the Reconstructionist Movement’s book club—Rabbi Feller decided to pay him a visit. (See sidebar.) 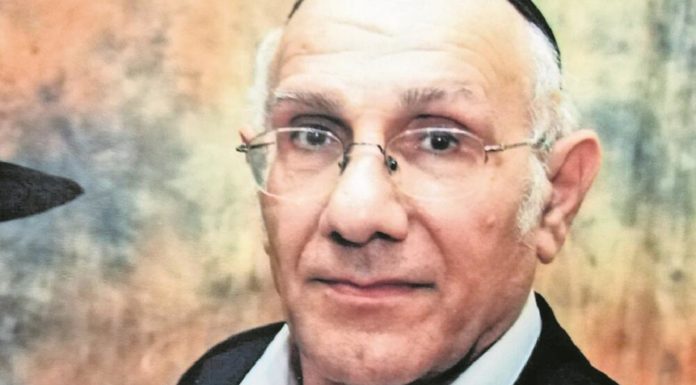