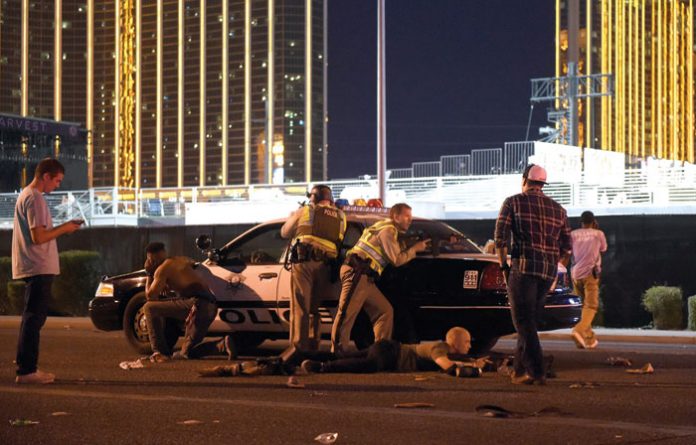 In the wake of the horrific mass shooting in Las Vegas that killed 58 people and wounded close to 500; and more recently in Texas, where a gunman killed 26 people in a church, there has been a great uproar in the media over the use of “bump stocks,” a device that effectively converts a legal single-shot weapon into an illegal machine gun that can spray a crowd with bullets at a rapid-fire rate. Like many, I thought that the sale of bump stocks was the latest part of some vast right-wing conspiracy organized by the NRA to evade the 1934 ban on machine guns.

To my chagrin, a retired army colonel sent me some salty comments on bump stocks and who was to blame for their legalization, which I cleaned up for this publication:
“The bump stocks used by the Vegas shooter that people are screaming about were legalized in 2010. For all the liberals, that means they were legalized when Barack Obama was president, Hillary Clinton was secretary of state, Eric Holder was attorney general, Nancy Pelosi was speaker of the House, and Senators Chuck Schumer and Elizabeth Warren wielded a lot of power. Why are all of the above-listed people trying to blame the Republicans and President Trump for their failure?”

What? Could this be true? I went to one of my favorite fact-checker websites, Politifact, for their opinion. According to the NRA, “The Obama administration approved the sale of bump fire stocks on at least two occasions.” We indeed found two occasions on which the ATF, a bureau within the executive branch, decided it could not regulate bump stocks during the Obama administration. We rate this statement “Mostly True.”

Oops, my face is red. The Democrats did it! But something did not ring quite right, so I went back and read the fine print. It wasn’t “Mostly True” at all. No one in the Obama administration had ordered any change in the gun laws. Neither had Congress. It is quite possible that neither branch of government even knew about it.

It was the career civil servants at the Bureau of Alcohol, Tobacco and Firearms (ATF) who determined that the existing machine-gun laws could not be used to ban bump stocks. Their logic was seemingly irrefutable: Bump stocks had no moving parts that could be regulated under the existing gun laws banning machine guns; non-moving parts are outside the gun law’s scope.

Here is how the loophole works: The bump stock uses the natural recoil of the firearm to make the shooter’s trigger finger move faster than any human finger normally could. Since the bump stock bounces the finger, not the trigger, the gun manufacturers have succeeded in creating a legal loophole to circumvent the longstanding congressional ban on rapid-fire machine guns. In effect, a bump stock increases a semi-automatic’s rate of fire from about 45 to 60 rounds per minute to 400 to 800 rounds per minute—an average of ten bullets a second. No human being could ever move his trigger finger that fast. Adding a bump stock sure sounds like a machine gun to me.

To put some factual context into the political dispute, the Democrats didn’t do it. The nonpartisan career civil servants at the ATF have flatly denied the NRA’s statements (and Politifact’s misleading conclusion) that it was the Obama administration, and not the gun manufacturers, who were to blame for the bump-stock debacle.

“The statement implies Obama or Holder was somehow involved, and that it was an issue that wouldn’t have been approved in any other administration, and that’s technically incorrect,” said Rick Vasquez, a former Firearms Technology Branch official who first signed off on the recommendation that the ATF could not regulate the bump stock. “We never had any political people come down to our office saying we must or must not approve [the bump stock]. All the ATF was saying was that the bump stock was not a moving gun part, so they had no power to prohibit its sale.”

A Place of Our Own// Miriam Liebermann, Faigie Horowitz &...