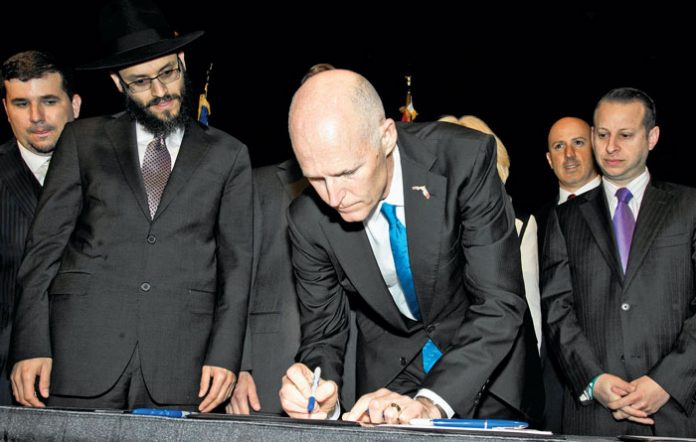 Richard Lynn “Rick” Scott has been the 45th governor of Florida since 2011.

In 2010, the former business executive and venture capitalist defeated Bill McCollum in the vigorously contested Republican primary election and later narrowly defeated Democratic nominee Alex Sink in a close race in the general election, spending roughly $75 million of his own money in the process. In 2014, he won re-election over former governor Charlie Crist.

Scott declared a state of emergency in Alachua County, where the University of Florida is located, in advance of the Richard Spencer event. He warned in an executive order that a “threat of a potential emergency is imminent.” The order was intended to help with law enforcement agencies’ response to rallies planned for Thursday, the governor said in a news release.

Governor Scott, who enjoys high approval ratings, has been vigilant in regard to security issues in his state. That includes his suggestion that Florida set aside $1 million for security at Jewish schools following a wave of threats against Jewish institutions in the state and across the country. Scott announced the proposal, which is part of his recommended 2018-19 state budget, this month at Katz Hillel Day School of Boca Raton. The funds would help Florida’s Jewish schools pay for video cameras, bulletproof glass, alarm systems and other safety equipment to protect thousands of students, the governor’s office said in a statement.

He spoke to Ami about the Spencer rally, as well as other issues facing the Jewish community in Florida, which consists of approximately 660,000 people.

It’s a great honor, but it’s unfortunate that it was Richard Spencer who brought us together.
That was disgusting. It’s disgusting that people like that are out there and get to talk.

Nonetheless, you still believe that he should have the right to speak. Is that correct?
It was the decision of the university. I understand that everyone has his or her First Amendment rights, but I’m not going to tolerate any violence. That’s why I worked with our local sheriff and local police department in the university to make sure that we did everything we needed to do to keep everyone safe.

You declared a state of emergency before his rally. Looking back at it now, do you think that was a necessary step?
I think that I have three jobs: Give people jobs, make sure they have a good education and keep them safe. The sheriff down there asked me to take that step and it allowed us to better coordinate our activities, so it was the right thing to do, and fortunately everyone was safe. 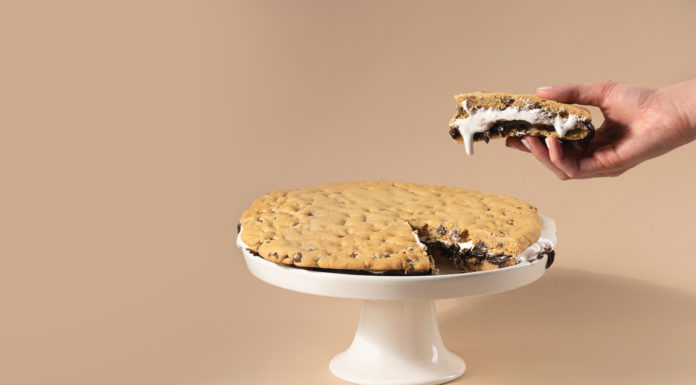