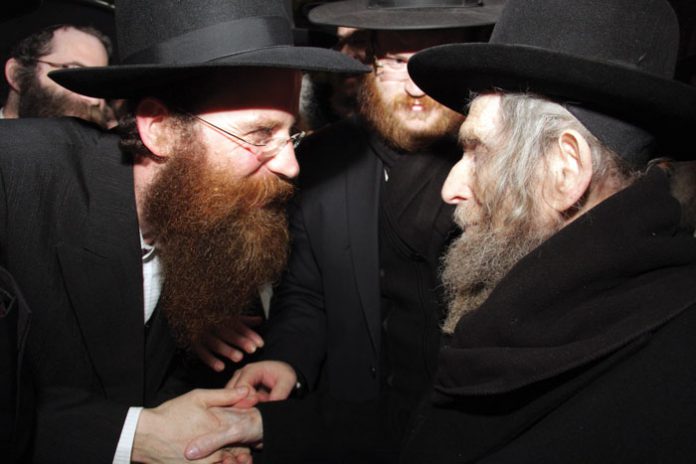 Each week thousands of people stream to the small home of Rav Aharon Leib Shteinman on Rechov Chazon Ish in Bnei Brak, seeking advice, blessings, and answers to questions large and small. These questions are often posed to Rav Shteinman by his beloved grandson Rav Gedalyahu Honigsberg, a ben bayis in his grandfather’s home and his chavrusa.

Rav Honigsberg recently released a kuntres entitled Kabbalos V’chizukim, an addendum to his successful sefer Tzaddik Katamar Yifrach. The sefer is a compilation of some of Rav Shteinman’s responses to questions; they include chizzuk and suggestions for kabbalos the petitioners should accept upon themselves as a zechus.

I spoke to Rav Honigsberg, a talmid chacham of note, who was kind enough to grant Ami Magazine the first public interview he has given on the sefer. I asked him if he had personally seen all the exchanges described in the kuntres.

“I was present at all these conversations,” said Rav Honigsberg. “These are questions that were asked of Rav Shteinman in his home. In fact, I probably presented most of these questions to Maran myself. Some I heard others ask, but I was zocheh to be present and hear the answers myself. I showed Maran the choveret before publication. I am zocheh to learn with Maran every day, including today.”

Do people ever come back to Rav Shteinman to inform him that his suggestions bore fruit? Certainly! Many people come back to report that they received the help they needed. It is fascinating how some episodes turn out in the end.

“Around a year ago, someone came to Maran with a question. The one who presented the question was my shver, Maran’s son. It was from a woman who asked in what area she should be mechazeik as a zechus that her husband, who was in the hospital, should have a refuah sheleimah. Rav Shteinman responded that she should be careful about the issur of yichud.

“For the bystanders it was shocking that Maran had responded with yichud. It seemingly had no connection. Regardless, my shver relayed Maran’s answer exactly as he had received it. It turned out that the couple had adopted two children, and now that the husband was in the hospital, there were indeed circumstances where yichud could arise.
“Even when the advice is seemingly more general, such as to be mechazeik in chesed or tefillah, many, many people come back to Maran to tell them that it helped them.

“It’s very, very hard on Maran to hear all of the tzaros of klal Yisrael,” Rav Honigsberg continued. “This morning I relayed a request for a brachah for someone going through a tzarah, and you could see he was pained—he said, ‘Oy, oy, oy, oy.’ He takes the klal’s problems to heart as if they were his own personal problems.

“He is sensitive to bein adam lachaveiro issues at levels we wouldn’t even dream of. One year on Rosh Hashanah he davened Shacharis but couldn’t daven Mussaf in the same shul. After Yom Tov he went to apologize to the baal Mussaf so that he shouldn’t be offended.
“I will share with you an experience of my own. Sukkos is approaching, and I remember sitting in the sukkah a few years ago with the Rav. He had palpable simchah about meriting to be in the sukkah! Yet after Yom Tov, when he put on tefillin, he said to me, ‘It’s like a ben yachid returning home.’”

I asked Rav Honigsberg for clarity about a particular story mentioned in the sefer. After answering my question, he added an interesting side note.

Rav Honigsberg related that he told Rav Shteinman, “Now that the Rav has said such a chiddush, it must be so. Just like it is paskened in the Beis Din shel Matah (on this earth), so too is the psak above.”
Rav Shteinman replied, “Halevai, halevai.”

As of this printing, the kuntres has not yet made it to the United States. I asked Rav Honigsberg if we could offer the kuntres as a free download on Ami’s website. He responded, “You can put it wherever you wish. If a Yid can gain chizzuk from it, why would it bother me? Aderaba—if a Yid will see this kuntres online as opposed to seeing other things online…” 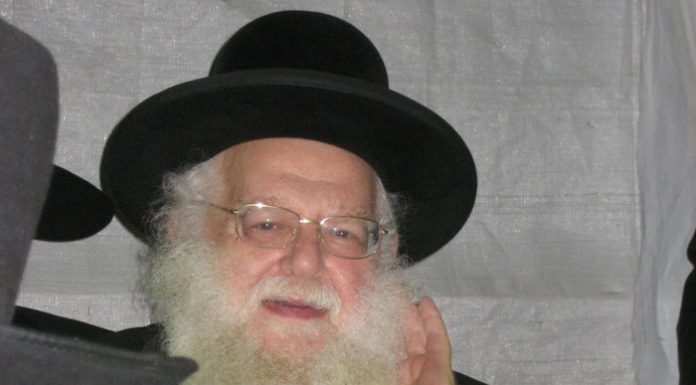 Afghanistan withdrawal // What We Should Have Done