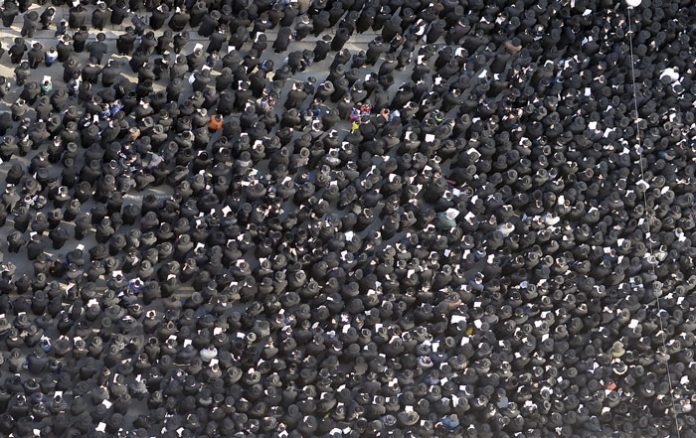 I was starting to sound monotonous. As we drove through the streets of Lakewood, I couldn’t help but repeat myself, over and over: “Oh, wow. This wasn’t here.”

I lived in Lakewood for a year and a half, around the year 2000, before and just after my marriage, and I’ve visited sporadically since, but I hadn’t really spent a long time there recently until a few weeks ago. And boy, has it changed.

That’s a refrain that I’ve heard many times before, from longtime Lakewood residents. From a small group of houses around the yeshivah, Lakewood’s yeshivah community spread out, gradually, over a period of years.

Over the past six months, Ami has been looking at the movement of Jews into new communities. Around the world, older communities have become more expensive and more crowded, and a tipping point has been reached that has sent people out looking for new places to live.

The expansion of major Jewish cities like Lakewood and Monsey has given ammunition—right or wrong—to the groups that oppose the Jewish community’s expansion into other municipalities, even as each smaller community’s specific circumstances are being used to undermine the new communities around it.

There have been some victories, though, of late. One bright point has been the decision by lawmakers in Orange County, New York, to allow a referendum on whether the village of Kiryas Joel can become a separate town from Monroe—putatively named Palm Tree—to allow it to grow without causing infrastructure concerns for the residents of Monroe. With about 23,000 inhabitants in just over a square mile, Kiryas Joel is in need of such a solution.

While there was a citizen’s group in Monroe that opposed Kiryas Joel’s expansion, they and the Jewish community of Kiryas Joel were able to agree on this new plan. The referendum vote is scheduled for November, but there is good reason to hope that it will conclude in an arrangement that will work well for all of the stakeholders.

Unfortunately, not every municipality has reached such cooperative solutions.

Tarred with another’s brush
As if to show how prejudice works, The New York Times ran a recent article that attempted to connect a no-knock ordinance in Jersey City, where there is a new, small chasidish community in a large city, to the conflicts that Jewish communities in Jackson, Toms River—both part of Lakewood’s expansion—and Bloomingburg have had with older residents. I had reported on Jersey City for an Ami article, and the Times article seemed at best like a stretch, and at worst like a biased piece of reporting that was tying people together simply because they looked the same and followed the same religion.

But it’s clear that tying together different Jewish communities—and pointing to Lakewood as an example of too much Jewish community growth—has become a selling point in many places. Yossi Gestetner, at OJPAC, recently obtained an email from Bill Laforet, the mayor of Mahwah Township in New Jersey, written to two council members, in which he points to Lakewood as a reason to pass no-knock legislation—which prohibits knocking on doors for real estate solicitation—in Mahwah.

MISSING // When a young man disappears in Syria, Daniel Levin...