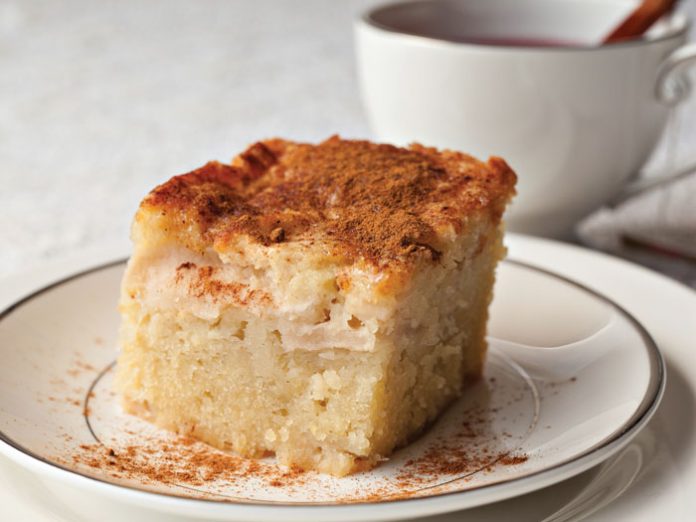 2 eggs
1 cup flour
1 cup sugar
¾ cup oil
5 apples, peeled and thinly sliced
1 teaspoon baking powder
1 teaspoon vanilla
Cinnamon, for sprinkling
1. Preheat oven to 350ºF.
2. In a large bowl, combine eggs, flour, sugar, oil, apples, baking powder, and vanilla. Pour into a 9×13-inch baking pan and sprinkle with cinnamon. Bake for 1 hour.
Yield: 1 kugel; serves 12
I had a recipe that I used to prepare every Rosh Hashanah and occasionally for Shabbos…but then I tasted my cousin Leah K.’s kugel. I was even more enthralled when I learned how much easier her kugel is to prepare. It became my new go-to and I was very happy about that.
This recipe hails from Leah’s mother-in-law, Mrs. Kest, who
is known to be a gracious hostess, often serving her delicious food to a crowd.
“I think that most balebustas have their go-to apple kugel that they make every Shabbos or Yom Tov. It remains their go-to until they taste another kugel that outshines their usual.” —Nechama
For more great recipes, check out this weeks issue of Whisk by Ami 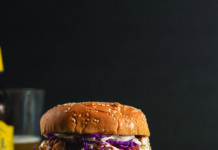 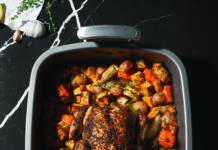 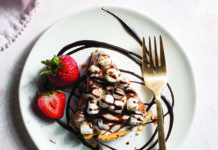 Hostage for a Torah // Levi Marhabi is languishing in a...