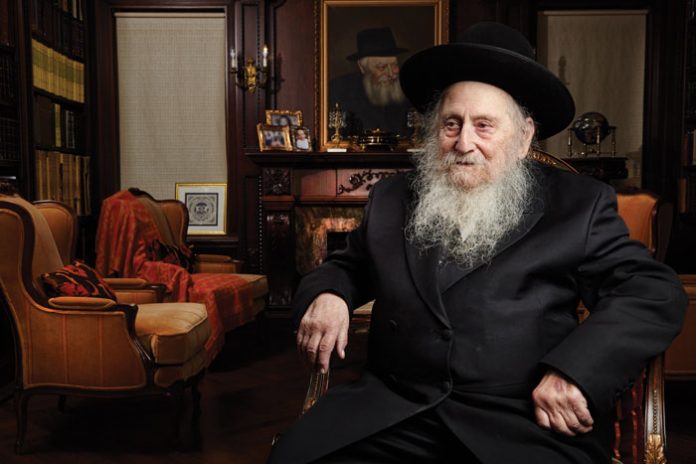 It’s 6:30 in the morning. Outside it is still dark, and the sun’s rays are just beginning to peek over the horizon. The Jews of Antwerp are starting to awaken. Here and there, Jews can be seen on the street, pedaling bikes, rushing to catch a minyan and maybe a short shiur before they start their workday.

In the home of one of Europe’s most venerable rabbanim, the day’s routine has already begun. A lone Gemara is laid open on the old wooden table. In front of it sits the rav’s chavrusa. Across from him sits Rav Dovid Moshe Lieberman. His eyes are wide open and alert as he listens to his study partner reading the daf yomi aloud.

Suddenly he whispers, “Geb a kuk in Hagahos haBach.” Take a look at Hagahos HaBach. The chavrusa proceeds to read the words that will shed light on the Gemara, changing the way he understood it.

“Ut azoi.” There’s a brilliant gleam in the rav’s eyes, where the words of the Torah are engraved like an open book. “Yetzt ken men farshtein.” Now it’s possible to understand the Gemara.

It’s been several years since the eyesight of Rav Dovid Moshe Lieberman, who has served as rav of some of the largest communities in the world and today serves as chief rabbi of Antwerp and av beis din of the Shomrei Hadas community, started failing. But his physical blindness doesn’t stop him for a moment. This daf yomi seder before Shacharis is just the start of a long day filled with learning sessions and shiurim, the last of which takes place late at night.
Rav Dovid Moshe is already past 90. His packed day would be too much even for rabbanim much younger than he is. “Because of his eyesight,” explains one family member, “every shiur is delivered with a chavrusa, someone who can read out loud from the sefer for him.”
Immediately after a fervent chasidishe Shacharis, the rav sits down in the beis midrash for a learning seder b’iyyun on the Ketzos and the Nesivos. It is a two-hour seder, from 9 to 11.

“It’s still an unbelievable sight,” the chavrusa chimes in. “Despite his advanced age, the rav doesn’t lose his focus for a second. He doesn’t give up until every word is understood. He is so focused and present, clarifying questions, giving his own deep and exacting explanations from sefarim that he hasn’t seen for years because of his blindness. But that is the genius of the previous generations.”

An episode that took place a few months earlier illustrates the extent to which these words are true.

“Several months ago the rav was feeling very weak, and he was hospitalized for several days. The morning after he was discharged, the rav couldn’t go to the beis midrash, but he didn’t want to give up the shiur. I offered to come and learn with him in his house.

“The moment I opened the Ketzos to siman samech-vav,” his chavrusa says, choking back tears, “I could see how much it revived him, giving him new energy. While we were learning, I got caught on a certain passage I was having trouble understanding. The rav smiled and asked, ‘Do you want me to tell you a special sevara I once heard?’ Of course I did. He then embarked on a lengthy explanation. I was delighted when he finished and said that it was certainly a beautiful idea. 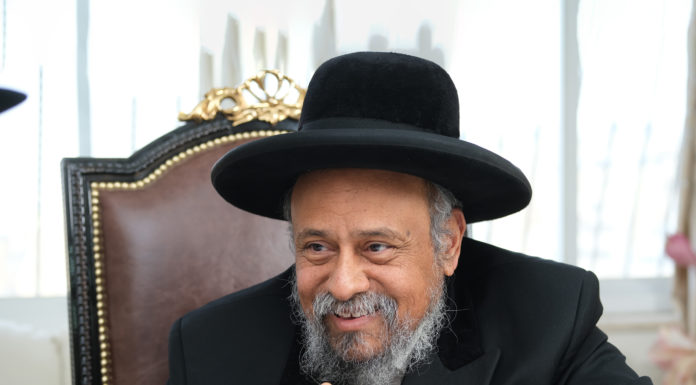 A True Master of All Trades // A candid conversation with American supermarket magnate and real estate tycoon John A. Catsimatidis

Between The President and The Press / A one-on-one with former...