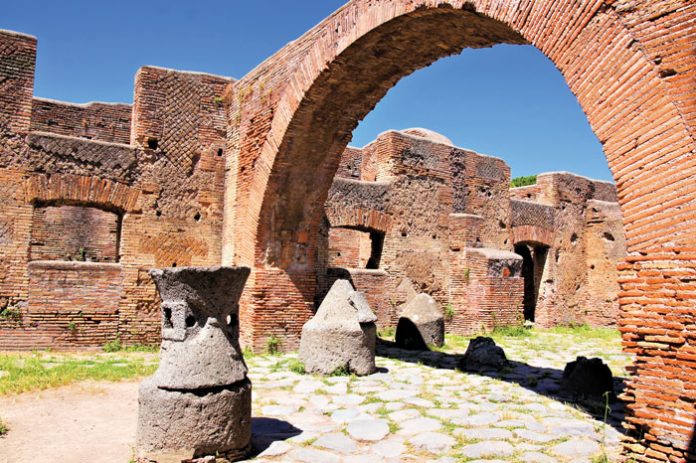 During the time I was studying in the Chabad-Lubavitch seminary in Milan, Italy, the girls were allowed to leave the premises for Shabbos a few times in the course of the year. While some girls chose to stay at the seminary, many of us wanted to visit relatives or learn more about Jewish history by going to stay with Chabad shluchim in different European countries.

For our last Shabbos off, we decided to go to Rome. We would be graciously hosted for Shabbos itself, but we decided to spend Thursday night in Ostia, a seaside town about an hour away. Our goal was to see the old ruins of Ostia Antica and then proceed on the Metro to Rome.

On Friday morning, unwilling to waste precious time having to return to our hotel to get our things, we decided to take our suitcases along with us.

Little did we know that Ostia Antica is no small place. The dry June heat greeted us at the entrance. Groups of children of all ages swarmed around, their counselors and teachers shuffling them along. We felt self-conscious dragging our suitcases over the cobblestones. We had to expertly maneuver around the stones, taking advantage of occasional dirt paths that allowed us to wheel them smoothly without stumbling.
The word “difficult” would be an understatement to describe the challenges of walking around with such large pieces of luggage, but we were undaunted. We had traveled all this way to see the ancient archaeological dig, but most importantly, to visit the almost 2,000-year-old shul that was supposed to be somewhere among the buildings. Our spirits didn’t falter, even as the Mediterranean sun blazed strongly overhead.
We marched along, stopping at whatever was interesting enough to get us to park our suitcases and snap some photos. We passed giant market squares, crumbling pillars that had once been magnificent and mosaics telling stories of days gone by. We trudged on, exclaiming at the beauty of the imposing classical edifices and bathhouses. Still legible engravings etched in the fading stone caught our eyes.

But the sheer size of the city is what surprised us the most. Given the size of your typical European city, we should have expected it, but the fact that the whole thing had been dug up by archeologists made it all the more remarkable. They had uncovered an entire civilization.

It was interesting to see structures they hadn’t yet fully uncovered peeking out from the surrounding hills. It’s fascinating to realize that modern Rome is built on top of ruins.

The maps were few and far between, and at a certain point the structures lost their novelty. The stone tombs held no significance for us. We just wanted to get to the shul.

When we realized that we were lost, we approached the tour guide of another group to ask for directions. She laughed in our faces. “You want to go to the synagogue? Good luck. It’s really far away.” When I told her that yes, we were determined to see it, she showed us how to get there on the map: “This is the road you need to take. Then you make a left and you’ll find yourselves in a big field. Keep going straight. There will be a lot of grass. The synagogue is there, in the far corner,” she said, pointing.

It was jarring to see how far from the rest of civilization the Jews had to build their shul; even the map could barely accommodate it! 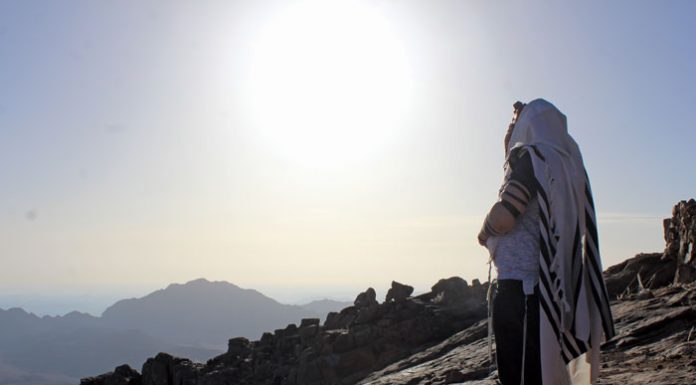 Why Measles is Hitting Us Again // An outbreak in Israel hopped the ocean and arrived in New York. Why has the...

Holy Gems // Tali Shalem and the discovery of gemstones...