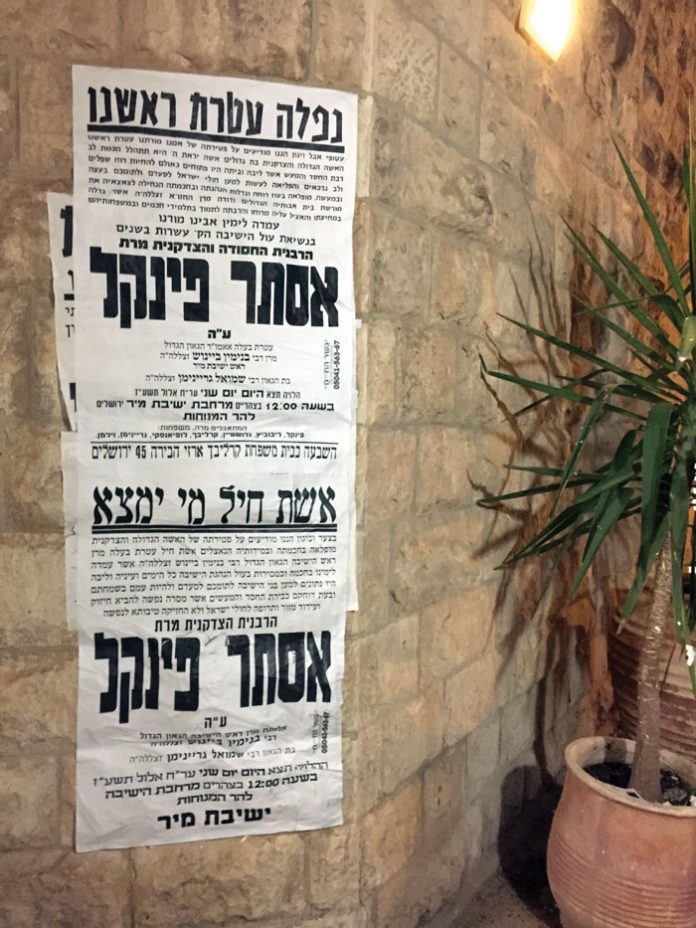 It was an ostensibly simple question—“Whose daughter are you?”—but it served to launch the teenaged Esther Yenta Greinerman on a lifelong mission.

As Rav Binyamin Carlebach, Rebbetzin Esther Yenta Finkel’s son-in-law related at her levayah in Jerusalem on Monday, August 21 (29 Menachem Av), the query had a great impact on the young girl living in Lithuania in the early 1930s. The Greinerman and Karelitz families had been vacationing one summer when a sh’eilah was brought before the Chazon Ish, Esther Yenta’s uncle, Rav Avraham Yeshaya Karelitz, about the kashrus of a particular chicken. The Chazon Ish had deferred to the local mara d’asra. He gave Esther Yenta the task of bringing the question to the resident posek, and instructed her on how to present the question. When she arrived at the home of the town rabbi, he asked her whose daughter she was. “This left an indelible impression on my mother-in-law. She realized that she would have to live up to being the daughter of a highly respected rabbi, Rav Shmuel Greinerman, and Rebbetzin Tzvia, sister of the Chazon Ish.”

Rebbetzin Esther Yenta, a”h, was born into an illustrious rabbinical family. But while others might have coasted along on such a pedigree, she used this spiritual inheritance as an impetus to reach out to those around her and support those in need.
Born in Vilna in 1921, Esther Yenta Greinerman moved to Eretz Yisrael with her family, including the Chazon Ish, around 1935. Her father had studied with the Chofetz Chaim in Radin, and when he came to Eretz Yisrael he learned under the Chazon Ish in Bnei Brak, later helping to publish the Chazon Ish’s works. As the girls’ schools in Bnei Brak, where they settled, were not as fully developed as they are today, most of Esther Yenta’s education was acquired through her family. When she was 21 years old, her uncle, the Chazon Ish, suggested a shidduch with Rav Binyamin Beinish Finkel, son of Rav Eliezer Yehuda Finkel; the latter had become the rosh yeshivah of Mir in Europe and had ushered in the golden age of the yeshivah.

The young couple lived in cramped quarters and raised five daughters in extremely modest surroundings. In fact, for several decades the family lived on the premises of an ice factory that had a small unit intended as a residence for a security guard! Eventually Yeshivas Mir made its peripatetic way through the Far East and was ensconced in Jerusalem’s Geula neighborhood. When Rav Beinish assumed the leadership of the Mir upon the petirah of his father in 1965, the family moved to Jerusalem, where Rav Beinish served until his own passing in 1990, when their son-in-law, Chicago-raised Rav Nosson Zvi Finkel, the husband of their daughter Leah, assumed the leadership. 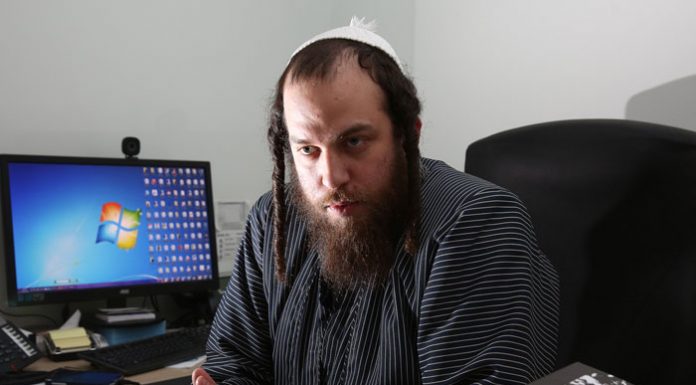 The Mail-Order Bride // An unwitting Jewish girl is rescued from the clutches of...

The Supreme Court Puts Religious Schools on Equal Footing: Will the...