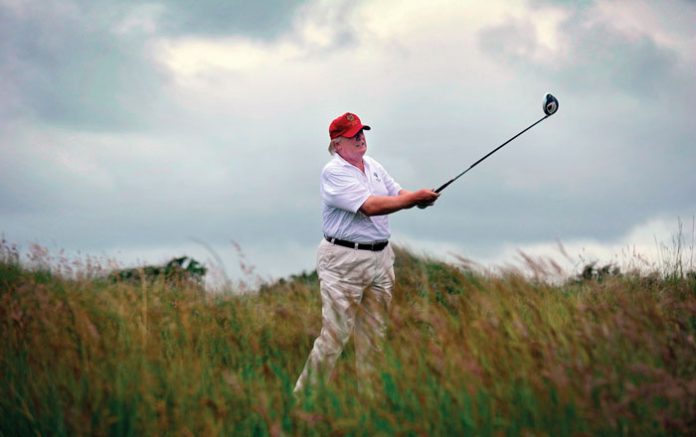 There are well-established exceptions to the statute of limitations. It does not apply where fraud prevented the timely discovery of the crime by the prosecutors. The Supreme Court says: “Fraud tolls the statute of limitations.” It means the clock never starts on the ten-year countdown if, for example, crooked defense lawyers pulled a fraud upon the courts that prevented discovery of their client’s dirty deeds.

Suppose, for example, that way back in 1996-2006, one of Trump’s lawyers made him an offer he could not refuse. The lawyer would rescue Trump’s failing real estate empire with a huge injection of capital, provided that Trump looked the other way while his lawyer used Trump’s real estate holdings as a money laundry for Russian organized crime. To make the investment offer even sweeter for Trump, the Russian Mafia never files tax returns in America—too many embarrassing questions about where the money came from. Trump could claim all the deductions he wanted. Only Trump’s personal counsel would know that the true owners of The Trump Organization’s assets were members of the Russian mob.

Suppose, just for the sake of argument, that Trump and his personal lawyer did this a long time ago, but Trump mended his ways, went straight, and stopped all dealings with the Russian mob more than a decade ago. Are his alleged crimes safely buried by the statute of limitations? Not necessarily.

Trump and his lawyer might still be the target of IRS prosecutors, let alone the special prosecutor, if they were engaged in a “continuing criminal enterprise” to avoid payment of taxes on illegal income from a criminal enterprise that began in the distant past but which yields ongoing criminal profits that continue to the present day. Under the right circumstances, one little criminal cover-up in the present day could restart the clock to include a conspiracy of previous criminal cover-ups dating back decades.

Suppose, for example, that 20 years ago The Trump organization worked as a money laundry for organized crime, and received huge, but fraudulent, tax deductions for real estate losses on property that Trump did not actually own. In that case, the tax deductions did not belong to Trump, but to the true owners of his property, the members of the Russian Mafia who only used Trump as a front. Each year a new crime would be committed as the original phony tax losses were carried forward to offset any taxes on Trump’s new income.

In Trump’s case, we know there have been carry-forwards for more than 16 years and that these early tax losses were gigantic enough to wipe out every dollar of his tax obligations for the rest of his business life. Trump has refused to release any of his tax returns for those 16 years because, and I quote, “they are still being audited by the IRS.” Now the normal statute of limitations for the IRS is five years. An audit stretching back 16 years has the odor of an ongoing criminal enterprise. It is not an unreasonable suspicion, but that is all that it is at this point, a suspicion.

The Palestinian Ger Tzedek // A virtuous grandfather, a tragic...