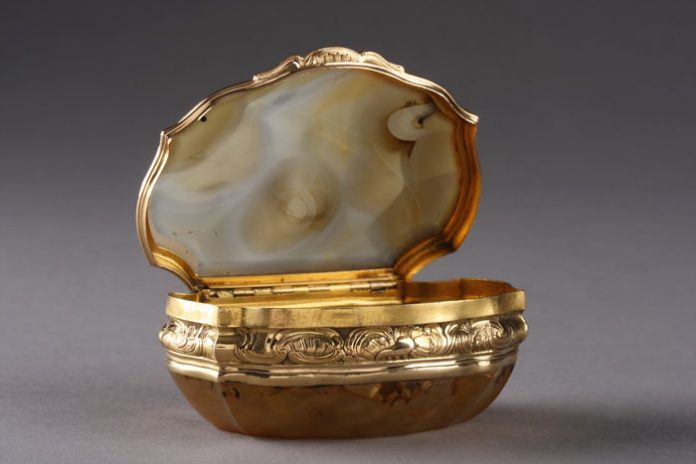 Every family owns at least one priceless artifact, an object of such sentimental value that it has no monetary equivalent.

In our family, where poverty runs in a seamless lode throughout the generations, all we own is a snuffbox, or tabak pushka.

It’s a simple box made of copper, with clumsy engravings of various Jewish symbols: a Torah scroll, a hamantash, a megillah and the arbaah minim. The bottom right-hand side is slightly dented and there’s a scratch on the cover. But despite its physical shortcomings the box is precious, for in another lifetime it belonged to a great chasidic Rebbe whose court was renowned across the length and breadth of Europe in the 1800s. The Rebbe, a well-known miracle worker, had been given the snuffbox as a gift by my great-great-grandfather, a loyal chasid who served as his hoiz gabbai, or house-attendant. The Rebbe would use the box to shmek tabak, or sniff a bit of snuff on Yom Kippur, to give him the strength to fast and to complete the davening. Although it hasn’t held any snuff for many years, you could still detect a faint scent of tobacco if you closed your eyes.

Before the Rebbe’s passing, he had given the snuffbox back to my great-great-grandfather, Reb Shaya, telling him to preserve it and pass it down to his children. Reb Shaya bequeathed it to his son, my great-grandfather, Kalman. My great-grandfather managed to pass the box down to his eldest son, my grandfather, during his final illness in their small shtetl, where he breathed his last just weeks before the Nazis herded the Jews into the ghettos. At least he merited kever Yisrael, unlike his wife and most of his children.
My Zaidy Shaya, then a young bachur, buried the snuffbox in a shallow hole behind his house, covering it with clods of earth. He had no idea where they were going or when they would return. All he knew was that the snuffbox was his most prized possession and that he wanted it to be safe.

For the next four years Zaidy endured six different concentration camps, toiling for 16 hours a day on only a few ounces of bread and some muddy water, watching his fellow inmates drop like flies. No one mourned the dead; indeed, they were better off than the living. As the Allies closed in on the camps, the Nazis rounded up those who were still able to walk and took them on a four-week death march, all the way from Poland to Germany. Of the 10,000 men who started out, only 45 survived. My grandfather was among them, a 16-year-old boy who weighed 67 pounds and looked like an old man.

When they were finally liberated, Zaidy was little more than skin and bones, his cheekbones protruding from his face. But he was young and determined to live and to carry on the family legacy. First he traveled back to his shtetl, in the vain hope that someone had survived. He found the local police chief living in his house, using his family’s possessions as his own. When he opened the door and saw my grandfather, he threatened to shoot him if he didn’t leave immediately. Zaidy was no fool. He waited until the middle of the night, snuck into his own backyard and dug up the snuffbox before leaving his shtetl forever.

The snuffbox accompanied him on the long journey to America, during which he writhed with nausea on the storm-tossed seas. After arriving at the New York harbor, a distant uncle vouched for him and brought him back to his apartment in Brooklyn.

Zaidy went to yeshivah for a few years and then married and raised a family. He tried his hand at various jobs but never managed to earn more than a pittance. “It seems that money doesn’t run in our family,” he would joke. “At least I have nachas from my children. And the Rebbe’s tabak pushka.”

The snuffbox remained in a place of honor—in Zaidy’s secondhand china closet—for many years. He became a chasid of his beloved Rebbe’s grandson. Many of the chasidim would have given him a small fortune for the privilege of owning the snuffbox but he refused to part with it. “I would never sell it,” he told us with pride, “even if I were down to my last nickel.”

Zaidy struggled his entire life to support his family and marry off his children. Yet he was never tempted to sell the snuffbox, even when Pinchas the gvir offered him $30,000 for it. In those days you could have bought a palace for so much money, but Zaidy wouldn’t hear of it. 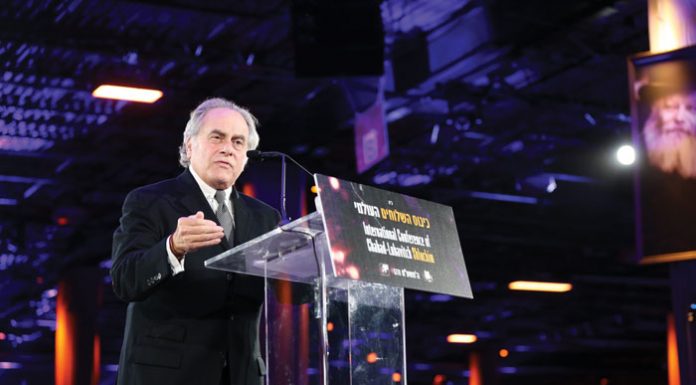 I’d Rather Pray & Sing // EXCLUSIVE Heart-To-Heart Talk With The...