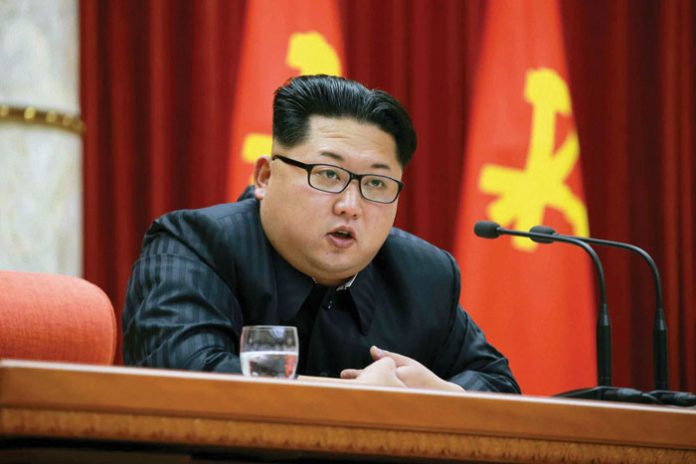 The “war room” in the basement of the Pentagon is a misnomer. It is actually a series of electronically isolated rooms that can communicate with each other through a secured link. Each room hosts a team of senior military, political and intelligence officers with sufficient local knowledge and regional expertise to plausibly represent how a particular nation might act and react during a simulated conflict. This simulation is called a war game.

Most war games do not involve a simulated state of war. Rather, the games focus on events giving rise to a state of increasing tensions that might lead to an outbreak of war. Sometimes those events include limited instances of actual armed conflict which generate a call for further limited military responses.
The war room exists to prevent war, not to provoke it. The war games are conducted for the political leadership, called the National Command Authority, to study and develop options. It is not uncommon for senior members of Congress and Cabinet secretaries to participate in the war games. They are the ones who will have to make decisions under pressure during a crisis.

War games are a dress rehearsal for severe situations, or at least one last chance to find a way to avoid falling into the fiery pit of oblivion that could result from modern armed conflict.

A single ship, plane or submarine can carry more firepower than has been expended in all the wars of history combined. In the 1860s, during the Civil War, the most destructive force was a stick of dynamite. A one-megaton nuclear weapon has approximately the destructive equivalent of 80 million sticks of dynamite going off at once. A one-megaton bomb is 500 times more powerful than Fat Man, the largest atomic weapon ever exploded, which destroyed the entire city of Nagasaki, Japan, on August 9, 1945.

The CIA estimates that at the present time, North Korea probably has 56 nuclear weapons of one megaton or larger. If these 56 nuclear bombs were dispersed widely and detonated simultaneously in a sneak attack, they would probably suffice to destroy most human life in the United States, plus a few US territories. Those unfortunates who do not die in the initial blast would suffer the slower death of radiation poisoning.

The question is, can the North Koreans reach us? Because of secret (and illegal) help with engine design from Russia, North Korea has developed very advanced missiles capable of intercontinental flight. Because of secret (and illegal) help from China, North Korea is currently developing ultra-light miniaturized nuclear warheads capable of fitting on its new fleet of ICBMs. Both Russia and China stole their nuclear weapons technology from the United States.

The North Koreans understand that a one-megaton device is among the smallest weapons in the American nuclear armory, which includes many hydrogen bombs of more than 50 megatons each. Because of arms reduction treaties, America has only 2,000 nuclear weapons in its armory, as does Russia. One percent of them could wipe out everyone in North Korea.

Since many of our nuclear weapons are constantly deployed in stealth bombers or submarines, there is no realistic possibility that North Korea (or its Russian and Chinese allies) could survive our counterstrike, even after a successful sneak attack that kills our entire civilian population. The certainty of retaliation is one of the principal reasons to believe that no global thermonuclear war will ever take place. It is called the doctrine of mutual assured destruction, or MAD.