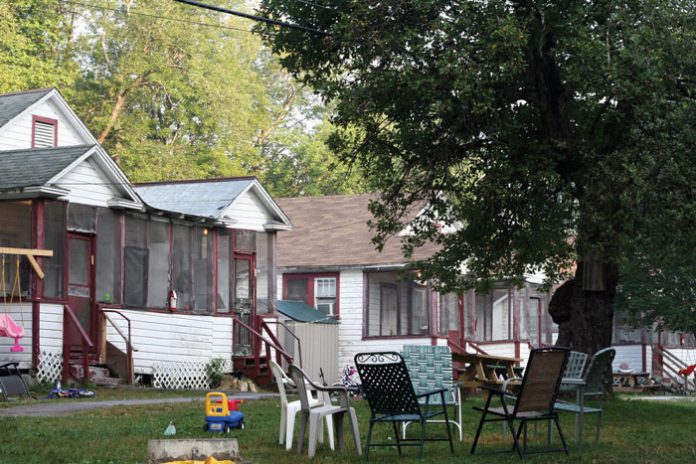 acking up almost everything but the kitchen sink, and spending eight or nine weeks living in a cramped, non-air-conditioned bungalow with the children while the husbands fend for themselves in the sweltering city might not sound like a dream vacation. But talk to some of the diehard country-goers who have been flocking to the bungalow colonies for years, and you sense that gleam in their eye. It could be the dead of winter, but for them, there’s something about “the country” that makes the sun shine a bit brighter.

They remember when going to the country was more than just an extension of city life in a different setting.

They waited all year for the country. Their “country friends” were the ones they relied on the most, the ones they danced with first at their children’s weddings. After all, spending eight or nine weeks in close proximity, sharing one’s daily ups and downs, creates an enduring bond that city living just can’t accomplish.
One of my distant relatives, whose grandchildren are getting married and who has had an empty nest for years, still keeps going back to the bunglaow colony every summer(while her husband stays in the city) to nurture those warm-weather friendships.

Then there were the kids. Because, of course, it’s always about the kids. Those cooped-up city kids living on the fourth floor without an elevator who spent ten months a year waiting for the open grass and fresh air of the other two. Whose lives were transformed in the Catskills as they ran, unfettered, through waist-high grass in search of an elusive salamander.

For those of us who spent our childhood in the bungalows, the year was divided into two seasons: regular and country. “Regular” was normal city life, where families squeezed into cramped apartments, where dinners were full course and laundry was washed, dried and ironed, where children went to school in the morning and came home in the afternoon.

Come Shavuos, the annual “country” preparations began in earnest. Children would hoard grocery boxes while their mothers frequented the dry goods stores to stock up on necessities. As soon as school was out, the boxes would be stocked with pots, Tupperware containers, bathrobes and enough tubes of toothpaste to brush the teeth of every child in the colony. After all, once you were in the country, time stood still. Whatever you brought with you was what you had, and used, for the entire eight-week season.

Most of the women didn’t drive, and those who did had no access to cars. The husbands took the cars back with them to the city, where they would stay during the week to work at their jobs. Once you made the annual journey upstate, you stayed put—rain or shine. There were no evening jaunts to the mall in Middletown or stifling Sunday afternoons hanging out in Woodbourne. The Walmart in Monticello was still just a blueprint on some town official’s desk. Whatever you brought from the city had to suffice. If you didn’t have it, you obviously didn’t need it. (That changed somewhat in the ’80s with the opening of the Apollo Plaza Mall in Montcello.)
For eight magical weeks, tens of thousands of city children were let loose, their high-pitched shrieks echoing through the grounds. The mothers hovered in the background, shmoozing languidly as the days passed, one running into the next. There was no goal, nothing on their to-do list but breathe and watch the days go by.
The women in the country were a varied bunch, but what they all had in common was the ability to sit in one position for hours at a time.

The men were only peripheral guests in the magical land called the country. Each week, late on Friday afternoon, they’d pull up to the colony exhausted, bringing sacks of dirty laundry and groceries. On Sunday evening they’d fill their tanks with gas, waving goodbye as they headed back to the stifling city.

The country today is a far cry from the country experience of a generation ago. As our standards of living year round have evolved, so have our summer shacks. Though there are still some original bungalows on stilts, with rusty toilets and torn screen doors, they are a minority. As summer homes have become more affordable and more prolific, even the traditional rented bungalows have received a facelift.
I spent a memorable summer, over two decades ago, in a bungalow colony in South Fallsburg, working as a lifeguard in exchange for a free bungalow. My coveted bungalow boasted a narrow kitchen, which included a single grate above the stovetop, a nonworking oven, a refrigerator that emitted a rancid odor and a single cabinet whose door hung loose. Two feet away was the only bedroom in the place, a musty room crammed with two army cots and two portable cribs (for my toddlers), and a tiny broom-closet bathroom with a rusty shower.

The bungalow’s saving grace was its huge porch, larger than the kitchen and bedroom combined, complete with table and chairs. It was here, on the porch, that we ate, napped and entertained the little ones during the occasional rains, when the colony became a sodden, muddy mess. The rest of the time we lived outdoors, under the glorious sun—nothing could keep us inside—either at the pool, or sitting in a semicircle with the other women, exchanging all sorts of stories or making shidduchim. 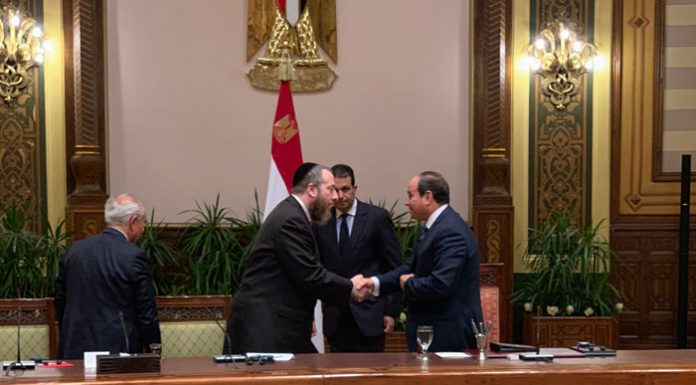