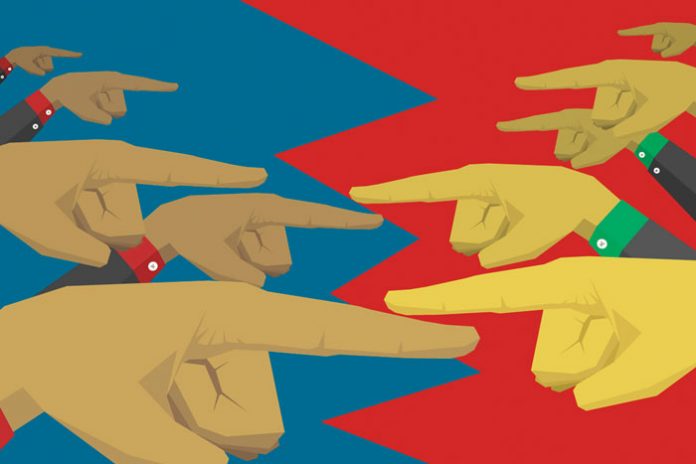 “I witnessed a very disturbing incident in the store this morning,” my sister Gitty informed me on the phone as I washed the supper dishes. “I am so upset that I literally can’t stop thinking about it.”

“I hope you didn’t get involved,” was my first response.
“Well, no,” she admitted.

“Phew!” I said as I rinsed the last cup and turned off the faucet. I wiped my hands and sat down on the couch. The dishes would have to air-dry tonight.
“But I have to get involved!” she added.

I love my sister Gitty. She is a truly kindhearted, generous individual who is always working on herself to become a better person. Unfortunately, though, she has a tendency to work on other people as well and to jump to conclusions. While my family takes her lectures and meddling in stride, strangers don’t always appreciate her unsolicited advice.
“I know,” Gitty groaned. “It’s a total crisis. And I don’t know what to do.”

“So don’t do anything,” I suggested.

“Not again,” I moaned. The last time Gitty said that was after she’d seen two women talking loud on a busy street, which she deemed utterly and absolutely unacceptable. Of course, she made sure to tell them—which didn’t go over very well.

“Yes, again,” she defended herself. “Anyway, I walked into this store today, which shall remain nameless, and there was a new saleslady at the counter.”

“What’s so terrible about that?” I asked as I swung my feet onto the couch and closed my eyes. “Isn’t it a good thing when people find jobs in this economy?”

“What’s terrible is that she’s really very charming and helpful­.”

“Did you just call that a crime?”

“Let me finish,” she continued. “The boss seems to like her as well. There was a lot of conversation going on between the two.”

“Listen, Gitty, it’s none of your business. These are two grown adults. They probably had something important to discuss,” I replied.

Into the Limelight // Pedut Rotnemer was born with dwarfism, but that has never fazed her