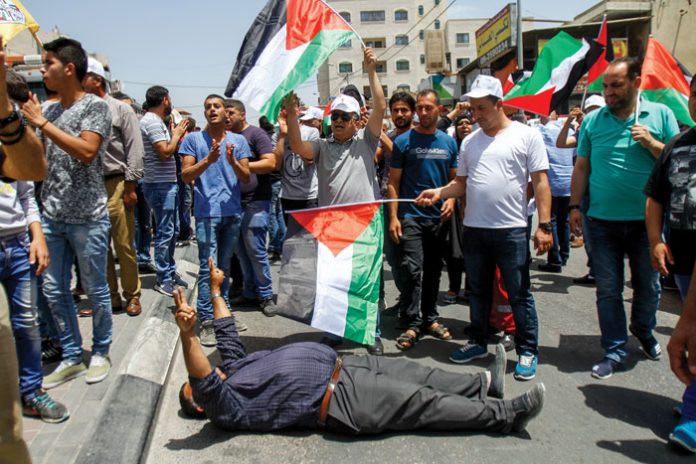 The Foreign Press Association in Israel describes its mission as “protecting the interests of reporters working here who often find themselves overwhelmed or even threatened by the authorities on both sides of the Israeli/Palestinian divide.”

But the FPA’s latest denunciation of Israel has sparked concerns that the association is unfairly focusing the bulk of its attention on the Israeli side of “the Israeli/Palestinian divide.”

RIOTERS OR “DEMONSTRATORS”?
The new controversy concerns an incident on May 18, when a Palestinian mob in the town of Hawara, near Nablus (Shechem), attacked an Israeli motorist who happened to be driving by.

In a videotape that was posted on YouTube, Palestinian attackers can be seen surrounding the Israeli car and hurling large rocks at close range. A Palestinian ambulance cuts in front of the car and prevents it from escaping as the rioters advance.

The Israeli driver fired shots in the direction of the attackers, killing one of the rock-throwers and wounding a Palestinian photographer in the hand. The photographer, who was wearing a vest identifying him as a member of the press, was employed by the Associated Press.
The Israeli authorities said they would investigate the incident. The Palestinian Authority has so far given no indication that it will investigate the action of the Palestine Red Crescent ambulance that blocked the Israeli motorist from escaping the attack.

Much of the foreign press coverage portrayed the rioters as simply demonstrators, and the incident as a “clash” rather than a Palestinian assault. The Associated Press headlined its report: “Protester Killed, AP Journalist Wounded in West Bank Clash.” The Reuters news agency titled its account: “Palestinian Killed As Settler Opens Fire During West Bank Clashes.”

TAKE HIS GUN
Although the attack occurred less than a month ago and the Israeli investigation is not yet complete, the Foreign Press Association (FPA) last week publicly criticized Israel’s actions in the case. The association represents more than 400 foreign journalists from 32 countries who are stationed in Israel.

The FPA complained that “instead of any punitive measure being taken, the settler has reportedly received his handgun back,” and it called on Israel “to conduct a thorough and timely investigation into the actions of the shooter and to take legal action against him if any wrongdoing is found.”

I contacted FPA chairman Josef Federman to ask why the association is calling for “punitive measures” to be taken against the motorist even before the investigation is complete.
Federman is the Jerusalem bureau chief for the Associated Press, but spoke to me in his capacity as chairman of the FPA. He replied: “We don’t understand why a person of interest in an investigation, instead of being treated as a possible suspect in a deadly incident, is rewarded with his weapon and praised by politicians before the probe is complete.”

Eve Harow, an advocate for the Jewish communities of Judea-Samaria and a tour guide in the region, told me that taking away the weapon of a motorist—especially one who lives in an area where there is frequent Arab violence—would be wrong, since he was acting in self-defense.

“I think that the most moral act someone can do is save a life, including and perhaps especially, his own,” Harow said. “When you’re in a car getting smashed by concrete blocks and rocks, then the attacker is attempting to murder you and there is no question that you can do whatever you need in self defense. This is not a game. The guilty party is the one who tried to kill the Israeli. If the attacker died in the attempt then it’s his own fault.”

Regarding the wounding of the photographer, Harow said it was unfair to expect somebody in a life-threatening situation to be able to pause, calmly survey the mob of attackers, and carefully avoid shooting in the vicinity of anybody who had a press badge. 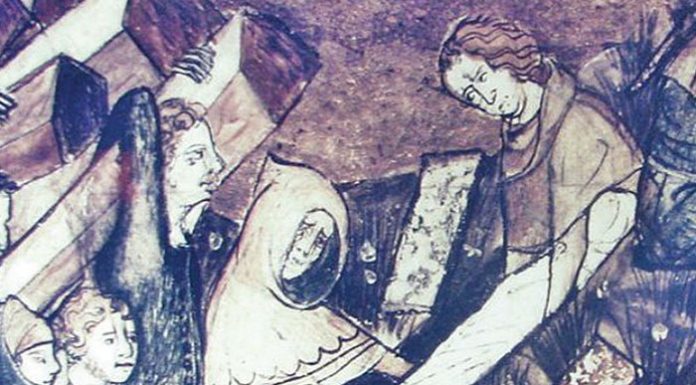 The Haggadah Of The Black Plague: A manuscript hundreds of years old recalls the most horrifying plague in history

From Medicine to the Messy World of Politics // A conversation...