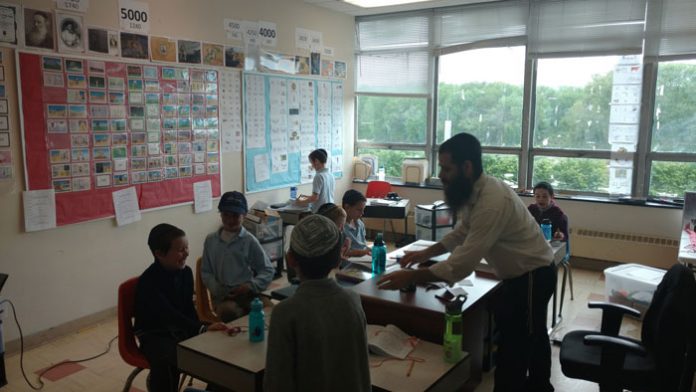 Motti Hershkop told me that he never thought part of helping a town grow as a destination for Jewish families would mean flipping pizzas. Yet that’s exactly how the tour he recently gave me of Kingston, Pennsylvania, came to a close.

That askanus for a community could include making pizza was one of the many beautiful surprises I found on my recent visit to Kingston, which is about two and a half hours away from New York City, and about a half-hour southwest of Scranton.

Like several of the other communities we’ve profiled, Kingston’s Jewish community is both new and old. Kingston, though legally a separate city, functions as part of the city of Wilkes-Barre; the two cities are separated by a narrow section of the Susquehanna River and are connected by several bridges. Wilkes-Barre’s Orthodox Jewish history dates back to the 1890s, and a local Orthodox shul, Ohav Zedek, has existed since then, with branches on both sides of the river. Wilkes-Barre was a strong Jewish town for many decades.

But the Modern Orthodox community in town has dwindled as members have grown older and their children have moved elsewhere. Flooding caused by Hurricane Agnes in 1972, which killed more than 100 people and destroyed thousands of buildings in the area, exacerbated the exodus. (The city later built levees along the Susquehanna to protect the town from future storms.) Currently, the youngest and most vibrant group in the Orthodox community are Chabad families, almost 50 of them, who live primarily in Kingston.

The first Lubavitcher to move to the community was Rabbi Zvi Perlman, who came as a rebbe for the Hebrew day school in 1977. Rabbi Perlman and his rebbetzin have been very active in the community for many years, and he serves as the local Chabad shaliach. His son, Rabbi Uri Perlman, founded a yeshivah for boys in need of an alternative educational environment, in 1999. The original rebbeim for that yeshivah, which has earned a reputation for success with its talmidim, formed the nucleus of a Chabad community.

In The Devil’s Throat // A visit to a South American...

Reaping in Joy // A young wife’s tragedy and a life...