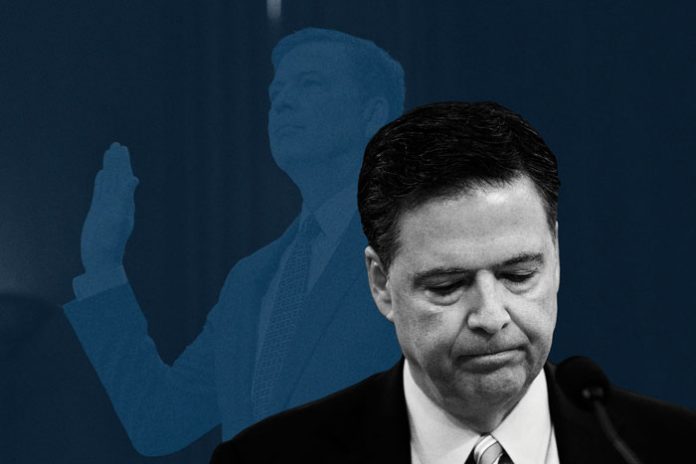 I do not particularly like Donald Trump, as my readers well know, but I am stubbornly honest about praising him when he does the right thing. Prompt retaliation for Syrian use of nerve gas was the right thing to do. So was firing FBI Director Comey. There is much more to the Comey story than has met the public eye so far. That makes two things Trump has done right. As my father used to say, even a broken watch is right twice a day.

Yes, my beloved Democratic Party has been more than a tad hypocritical in condemning Comey for costing Hillary the election, and then condemning President Trump for agreeing with them and firing Comey. But there is a much more important story than the usual dime-a-dozen tale of political hypocrisy inside the DC beltway, aka “the swamp.” This is about an evil man who became director of the FBI.

J. Edgar Hoover was, of course, the first evil man to hold that office. He left a legacy of lying that has poisoned the FBI ever since. But Comey is still a piece of work. The worst accusations come from Victoria Toensing, a former career prosecutor in the National Security Division. No, Toensing and I are not friends; in fact, we are on opposite sides of most issues.

I was a very vocal supporter of Valerie Plame, a distinguished CIA officer whose covert career was smashed by the GOP in a sordid attempt to punish her ambassador husband for his public criticism of President George W. Bush’s claim that Saddam Hussein had smuggled uranium ore from Niger.

As it happens, Bush may have been right about Saddam’s uranium, but that is neither here nor there. The point is that no undercover CIA operative deserves to be exposed because of some ridiculous political vendetta. Vice President Cheney’s chief of staff, Scooter Libby, was convicted of being the one who outed Valerie Plame (and indirectly incriminated all of her Arab friends and business associates as possible CIA sources).
To his credit, President Bush refused to pardon Scooter Libby, who was described by CNN as “the first sitting White House official to be indicted in 130 years.” Bush did, however, commute Libby’s 30-month prison sentence, but he insisted that Libby pay the fine of $250,000 and that the conviction remain on his record. Now, here is where it gets interesting. Vicky Toensing, who helped draft the legislation to protect CIA agents from being exposed, is now acting as counsel for Scooter Libby, asking President Trump to issue him the pardon that Bush refused.

Some secrets won’t stay buried any longer // Maybe you never...