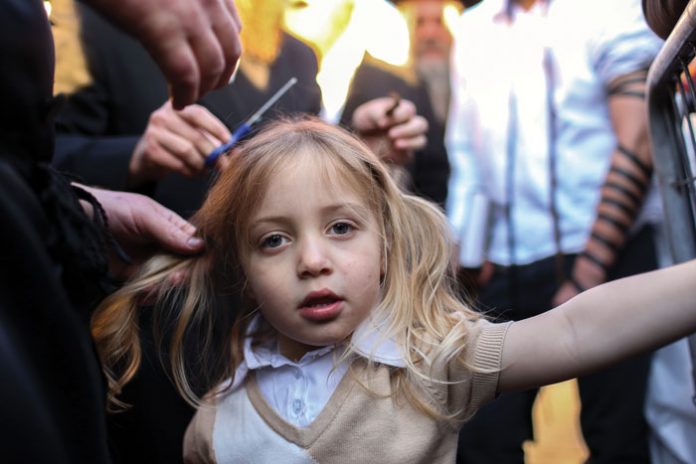 “Eeew,” I always thought to myself whenever I opened the bottom cabinet in my parents’ den—the one full of boxes that contain old letters and mementos. “Why in heaven’s name would my mother save old hair?”

Fast forward a decade and I’m the proud owner of three Ziploc bags that contain my older sons’ pre-uspherin ponytails. Those baggies share the same box as five pairs of adorably cute (but supremely worn out) first shoes and preschool projects emblazoned with pictures of my offspring that I could never bear to throw out.
Motherhood, I’ll admit, has made me strangely sentimental. I can barely recognize my sappy self these days. Who is this woman who cries at the camp bus stop and tears up at preschool graduations? That’s me in those pictures of your milestone. I’m the one wearing sunglasses—indoors… No, kids, you’re not the only one who is mortified by my shameful public displays of emotion.

While I may have wiped away a stray tear or two at the upsherins of my three oldest boys, I wasn’t at all prepared for the tidal wave of emotions that was threatening to engulf me as my youngest son, baby Chaim, was on the brink of becoming “a big boy.”

Perhaps I was too overwhelmed with my life to make room for sentimentality leading up to my oldest son Menachem’s upsherin. I was already the proud mother of two, with another one on the way. I had just—gasp!—accomplished my first ever attempt at toilet training. This was long before I knew what planning for a bar mitzvah or bas mitzvah would eventually entail, and so the logistics of an upsherin were astounding in my young mind.

I was also too busy trying to comfort Menachem during the actual event to focus on my own feelings, I suppose. He was terrified of the scissors and sobbed hysterically throughout the entire ordeal. His little sister joined in. When all the guests left, it was nap time—for all of us.

But I do remember the feeling I felt when I woke up later and looked at my bechor. He looked so different! As the weeks wore on I found myself relating to him no longer as a baby but the boy he had become. 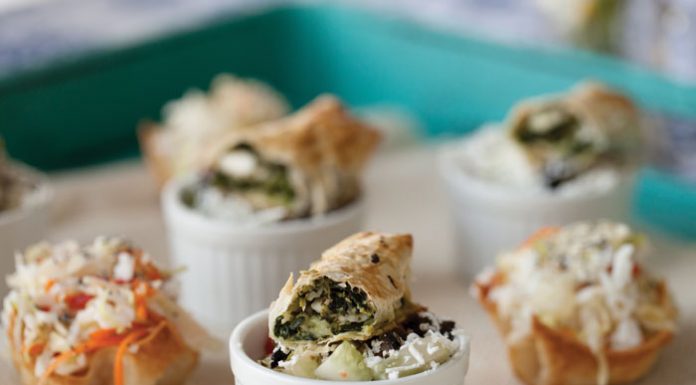 Our car went up in flames // When Rebbetzin Dr....