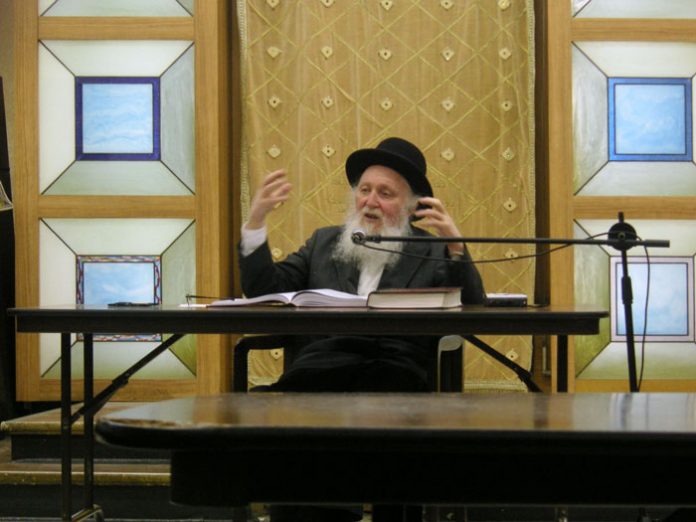 I entered Yeshivas Shaarei Yosher in Boro Park, nervous with anticipation. I had heard from other talmidim that the Rosh Yeshivah didn’t look inside the Gemara when testing bachurim for the entrance exam. In that case, I figured, I could say with more confidence than I felt that I knew the entire masechta. How much of the material would he be able to test me on anyway?

The Rosh Yeshivah looked at me with his penetrating eyes—eyes that expressed both love and pain, depth and wisdom—and asked, “What did you learn?”
“Maseches Nedarim,” I answered with assurance.

That’s when he started firing questions at me. He asked me questions on daf ches and daf lamed-beis, daf hei and daf chaf-ches. By the time we were done, he had gone through the entire length and breadth of the masechta.

The year was 1997. I would remain there, through yeshivah and kollel, learning from the Rosh Yeshivah what it means to be a gadol b’Torah, for the next ten years.
His Early Years

Rav Avraham Yosef Rosenblum, zt”l, the Rosh Yeshivah of Shaarei Yosher for more than 50 years, was born in Antwerp on 26 Av 5688 (August 6, 1928). His father, Reb Dovid, sent him to a local school in Antwerp, Yesodei HaTorah, when he was a child, and went on to learn under the tutelage of the Antwerper Rav, Rav Mordechai Rottenberg, zt”l. Later he learned in the famous yeshivah in Heide, near Antwerp.

In May 1940, when Rav Rosenblum was only 12 years old, the Nazis invaded Belgium en route to conquering France. At the beginning, the Jews only suffered from pro-Flemish gangs that burned shuls and harassed Jews on the streets. Then the Nazis deported the Jews to a ghetto near Antwerp and from there to Auschwitz. The Rosenblums were not spared, and Rav Rosenblum’s parents were both killed by the Nazis.

Before he was deported, Rav Rosenblum’s father gave his son and his two sisters $200 to smuggle themselves over the border into Switzerland. They found a non-Jewish smuggler willing to take them and, after handing him the money, were told to meet him at a train station in Paris. But when they arrived in Paris the smuggler was nowhere to be found. He had tricked them and run off with their money.

There they were, three frightened youngsters, all alone in the world, when a man came over to them and whispered, “I’m a Jew. Come with me and I’ll help you.”
The Jew helped them cross the border to Switzerland. From there, Rav Rosenblum’s sisters traveled to Eretz Yisrael while Rav Rosenblum remained in Switzerland. Later, Rav Rosenblum named one of his sons after the Jew who had saved him.

After losing everything he had, Rav Rosenblum didn’t fall into despair and self-pity. Instead, he sat and learned diligently in Yeshivas Eitz Chaim in Montreux, Switzerland. During his time there, he met an older bachur who was completely and utterly devoted to learning, a bachur by the name of Aharon Leib Shteinman. Rav Rosenblum became his chavrusa for some time. Once, late at night, after a long day of trying to understand a difficult sugya together, he was awakened by Rav Shteinman. Surprised, Rav Rosenblum looked at Rav Shteinman for an explanation. With great joy Rav Shteinman said to him, “Listen to the real pshat in the sugya!”

In Switzerland, Rav Rosenblum also became close with the Satmar Rebbe, Rav Yoel Teitelbaum, zt”l, who came there after escaping the Nazi inferno. After the war, there was a lot of moving around. Switzerland was, for most, only a stopping point to convalesce and recover. From there many moved on to Eretz Yisrael or America. Rav Rosenblum, too, felt it was time to move on and consulted with the Satmar Rebbe. The Rebbe advised him to travel to America to learn in the yeshivah of Rav Aharon Kotler, zt”l. 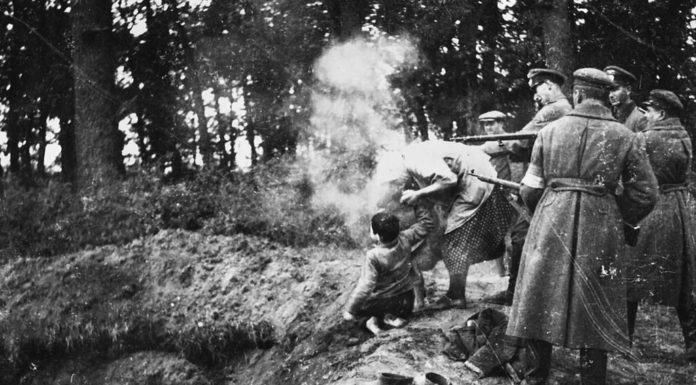 Fringe Is Fringe // Not all progressives are alike

When Jews in New York are Targeted // Commanding Officer of...